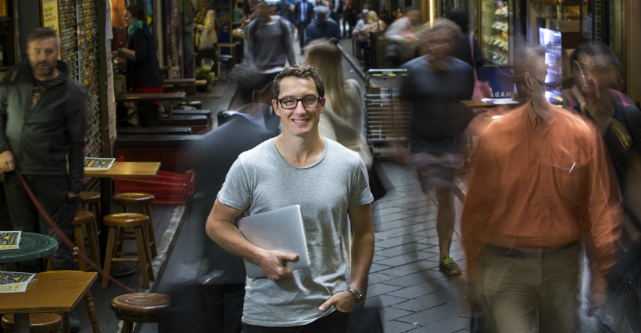 A Melbourne entrepreneur says taking the time to build relationships with investors before holding any official meetings helped him to secure a $1 million investment in his startup.

Industrie IT’s VC Fund the Grid has contributed the cash injection for Expense Check, a startup that aims to provide small bussineses with their own digital CFO by using data mining to save them money.

Co-founder Nigel Fellowes-Freeman says getting referrals into close-knit VC circles was the most difficult thing about the funding round.

“Seed phase funding is quite scarce in Australia,” he says.

When approaching VC investors, he spent about two months warming up his network before any official meetings took place.

“I spoke to everybody I knew within my networks who knew investors we wanted to approach,” Fellowes-Freeman says.

Fellowes-Freeman says he also made a big effort to research investors of interest, their portfolios and the type of founders and businesses they had already backed.

“I bought a lot of coffee and breakfast to be able to chat to the right people,” he says.

After a series of pitching to various VC firms who interrogated him on the problem Expense Check solves, how big the problem actually is, the market size and how capable their team is to execute their plan, he found a match with Industrie IT’s VC fund The Grid.

“We felt they had a really great network that aligned with what we wanted to do,” he says.

“They were really willing to roll up their sleeves and get deep into the business in the early phase.”

To fellow startup founders planning to approach investors, Fellowes-Freeman encourages them to take the time to research who they’re pitching to and what they put value in.

“Target your pitch specifically to the VC,” he says.

He adds that founders must be well prepared to handle hard questions.

The trickiest questions relate to financials, he says, like making projections on what can be achieved, speaking to those details and providing reasoned answers.

“I worked really hard at modelling to enable me to answer them with a deep understanding which gave me confidence,” he says.

Fellowes-Freeman started working on the app to create a seamless and automated way for business owners to address their biggest problem: A lack of time and money.

“We want to be the company that enables small businesses to make great decisions,” Fellowes-Freeman says.

“Everything we do is focused on value.”

The app operates like an automated CFO, making smart decisions based on financial and market knowledge to help business owners cut down on unnecessary costs, Fellowes-Freeman says.

With a couple of clicks, users can review better deals on service providers by entering invoices directly through their accounting software or a photo which takes about 30 seconds, Fellowes-Freeman says.

Expense Check is integrated with Xero and the team hopes to have QuickBooks and MYOB on board by the end of the year.

He says scoring $1 million in VC funding will be a major boost for the startup as it amps up its internal tech, marketing and sales team to drive up scale.

Prior to this, Fellowes-Freeman says the startup raised $50,000 in grant money through the Tech Development Voucher allowing them to build the MVP.

Fellowes-Freeman now plans to spend the next six months “acquiring aggressively” with a bigger and sophisticated team to build out its integration and verticals beyond electricity to business insurance, telecommunication and even office supplies.

Looking back to day one when he first started working on Expense Check, Fellowes-Freeman says he’d tell himself to jump in quicker.

“Don’t be afraid of making mistakes,” he says.

“Don’t think you have to know everything straight away.”