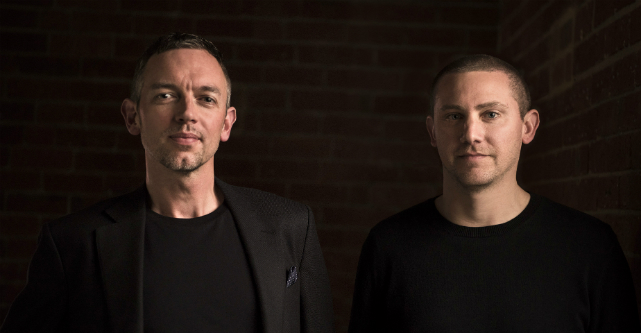 A Melbourne cloud-based presentation platform has closed a $2 million Series A round as the three year old startup emerges from secrecy with plans for rapid expansion.

The SalesPreso SaaS platform automatically pulls data from business systems including Salesforce, SAP and Microsoft Dynamics into slides in a sales pitch, helping to make the story consistent, tracked and measured across a large enterprise.

The Series A round was led by Sapien Ventures and will be used to accelerate growth plans and for further product development, co-founder Joel Thomson says.

“Up until now we’ve been really flying under the radar,” Thomson tells StartupSmart.

“We’ve built an enviable client list but we’ve been making sure the platform is advanced enough so that we’re in a good competitive position and we’re ready to scale.

“We managed to hold off taking the funding by backing ourselves so we could keep the proposition under the radar until we’re ready.”

SalesPreso co-founder Aaron Cooper says the startup has been entirely bootstrapped prior to this round, and the pair went into the fundraising process with no experience.

“We knew nothing about fundraising, it was a learning experience for sure,” Cooper tells StartupSmart.

“The only thing we knew was that we wanted to find a partner, not an ATM. We wanted to find investors who could bring us more than money, and ones that could get their hands a bit dirty.

“It was a much longer process than we had expected but one we felt like we needed to do so we ultimately felt like we made the right choice, and that’s where we’ve ended up.”

Thomson and Cooper previously ran a digital agency together, where they regularly saw clients struggle with the sales pitch.

“We saw how uncontrolled it was and how it was essentially left to chance,” Thomson says.

The pair set out to solve this problem through combining a company’s existing big data with storytelling.

“We saw the problem and we saw the solution being data-driven sales storytelling,” Thomson says.

“Knowing this problem and understanding the solution is one thing, but it was a big challenge to develop a new content platform for sales to work with. That’s quite transformational.”

Cooper says that it’s all about automating as much of the process as possible.

“The whole point is it automatically makes as many slides as possible relevant to the customer,” Cooper tells StartupSmart.

“What the customer is presented with is something much more engaging and interactive on our platform – it’s mostly about them and their industry, and what’s important to them rather than a generic sales pitch.”

After putting together an MVP of the platform, SalesPreso secured a prominent first client.

“The idea immediately resonated and the first implementation was with REA Group,” Thomson says.

“When they bought it that gave us real confidence to grow. When we got other clients we realised that the idea had real legs and real merit, so we retired the digital agency and took our full focus to SalesPreso.”

The startup’s clients now also include Australia Post and MYOB, and Cooper says the feedback has been positive.

“Clients say that they used to spend anywhere between 50-75% of their time making presentations,” Cooper says.

“And now they’re spending two or three hours a week instead of days. They attribute an increase in the bottom line to using our platform because of the amount of time they’re given back.”

While saying there are no other tech companies offering a similar product, Cooper says SalesPreso’s competition are the traditional options like PowerPoint and internal offerings.

“There are no companies that attack the problem from the same point-of-view as us,” he says.

“All of the competitors – like PowerPoint – are end-user tools. They’re designed for salespeople to make the presentation. The point of our platform is it’s designed for the business to have a centrally controlled platform that ensures everything is accurate and up to date, and specific to the customer you’re presenting to.

“Our only real competitor, other than just making no change at all, is the companies making their own platforms to address this problem.”

For other founder and entrepreneurs, Thomson says it’s crucial to know the ins and outs of your own company and what you’re looking for in an investor before approaching anyone.

“The natural inclination if you don’t have any experience is to go to the internet and do research, but in our experience every single scenario is quite different, there isn’t a one-size fits all approach,” he says.

And you need to be prepared to stand by this vision when challenged by a potential investor, Cooper says.

“If you’re not steadfast with your vision it’s easy to be pushed around,” he says.

“If someone is going to invest in you then they’re investing in your idea, and more importantly in you as a founder – what you’ve done and what you’re going to do.

“The last thing you want to do is change that because some people gave you an opinion along the way.”