Pre-launch Melbourne startup scores $1.1 million seed round as it looks to change the way we see the world 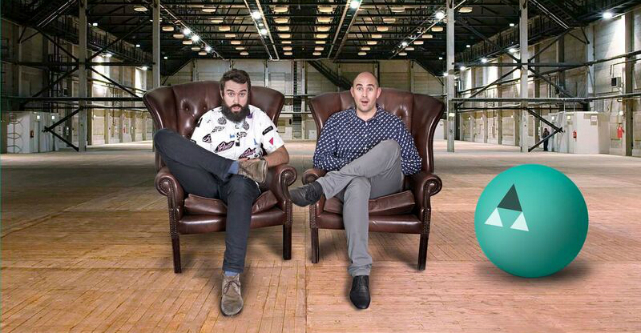 Plattar provides a platform for brands, publishers and agencies to create their own augmented reality content, which involves adding digital info – videos, 3D models, live streams and images – on top of physical things in the real world which can then be seen through phones and tablets.

The startup completed a trial project with the REA Group, showcasing the potential of the technology, and this was vital in securing the funding from News Corp and a range of private investors, Plattar CEO Rupert Deans says.

“We got some real traction with the REA project, and News Corp saw the power of augmented reality,” Deans tells StartupSmart.

The project saw Plattar use its platform to create a “brand new customer experience” where users could scan a News Corp publication for properties and then use augmented reality to see them in 3D along with a location map.

It was a “really successful” trial project that helped the startup to overcome one of the main hurdles when trying to sell augmented reality.

“With augmented reality you need to see it to believe it,” Deans says

“You get the real magic with the reveal.”

He says the seed round placed a “significant” valuation on the company and working with the big-name investors is a significant milestone for the startup.

“We’re one startup and two massive companies working together to create a new experience.”

The cash injection will be used to scale the startup’s platform as it looks to launch out of a private beta, and the Melbourne-based company is also on the lookout for new developers and project managers.

“We’ve done projects where you can scan a Panadol packet and see the ingredients, how it effects the brain and studies,” he says.

“It’s changing the face of education.

The company has also worked with beverage companies to augment their packaging and with New Zealand tourism to provide a virtual experience of living in the 1800s.

“People are told the stories but then they have to sit back and imagine it – now they can visualise it,” Deans say.

“Augmented reality is going to change our lives – it’s the next mass-computing platform after mobile.

“Our platform allows you to add a digital layer to things in our day-to-day lives. It will simplify our lives and we enable that.

The technology is currently compatible with smartphones and tablets, and the startup is looking to branch out to wearables in the future.

It’s a fast-growing industry, with a Digi-Capital report finding that augmented reality is set to be a $90 billion industry by 2020.

The reality of fundraising

Plattar was founded last year by Deans, who previously worked at a digital agency, and he says the idea came from a similar problem once faced in web development.

“We saw the demand for augmented reality and identified a problem that it was really costly and complex to create, and very time-consuming,” Deans says.

“They were the same problems as website development and app development, so we created the world’s simplest AR builder.”

In terms of advice for fellow entrepreneurs and founders, Deans says it’s important to be confident and surround your business with experienced people.

“Make sure you get really good advice around how to set up and structure your pitch documents, and always have good mentors to provide guidance that have been through the process before,” he says.