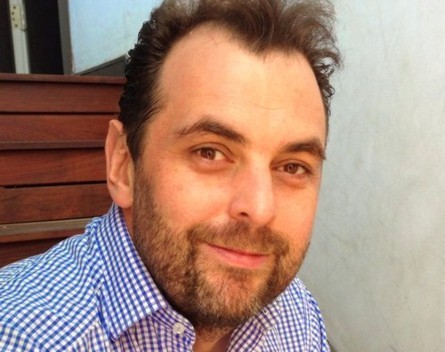 Melbourne-based social marketing startup Tiger Pistol has closed a $3.1 million round of funding led by domain registration company Melbourne IT.

Tiger Pistol is a social marketing platform for small to medium sized businesses, allowing them to harness the power of big data to conduct sophisticated advertising campaigns.

The raise will see Melbourne IT become a white label reseller of the Tiger Pistol platform, providing the social marketing software to an additional 500,000 small businesses in Australia. Other participants in the investment include Liberty Financial chief executive Sherman Ma, former Channel Seven managing director Michael Harms and other private individuals.

The funds will be used to accelerate the startup’s 20-30% month-on-month growth in Australia and the US market. The company will hire 40 more staff members in Los Angeles and a further 30 in Australia.

Co-founder and chief executive Steve Hibberd told Private Media Tiger Pistol centralises a small business’ social marketing strategy and in doing so “solves the problem” a lot of SMEs face but don’t necessarily have the time or resources to solve on their own.

“Social marketing is moving so quickly that it’s virtually impossible for companies, and small companies in particular, to keep up,” he says.

“Without Tiger Pistol a small business would have to create and manage a presence across up to eight social networks and directory sites, using countless other platforms for content creation, monitoring, ad management and scheduling.”

In October 2013 Tiger Pistol closed a $1 million funding round. Hibberd says he believes the most recent round of investment was so successful because people saw the company’s commitment to executing its long-term plan.

“They want leads, inquiries, foot traffic and sales. They’re less and less excited with likes and comments. The things you need to do to achieve real business outcomes are not straightforward – it’s not as simple as posting content.”

Hibberd says 2014 has been a “monumental year” for Tiger Pistol. He says the company’s latest raise shows how startups can rely on either organised or private capital. He points out that in a country like Australia – where the pool of organised capital is relatively small in comparison to other countries – private capital could be tapped into more effectively to help give local tech startups the investment they need to grow.

“There are some great funds out there, but they only have a certain level of capacity and profile,” he says.

“I’d encourage businesses, if they believe in what they’re doing, to get into … private capital.”

In August, Tiger Pistol launched a Do It For You package, making it the first platform in the world to help small businesses with a full social media marketing suite that includes organic posts, advertising and reputation management. The service starts from $249 a month.

Tiger Pistol was founded in 2012 and currently has 30 employees based in Melbourne and Los Angeles. It is one of two global Facebook marketing partners for small businesses.