Melbourne startup Whispir closes $11.75 million Series A round to accelerate its global growth 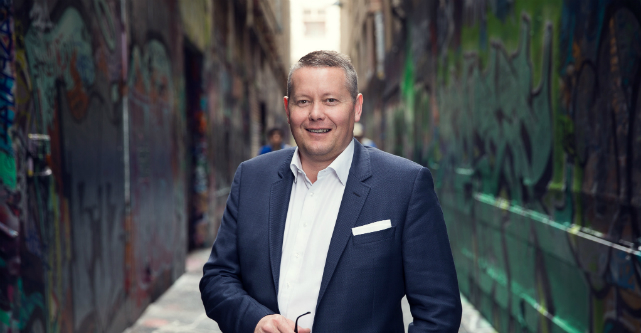 Melbourne-based communications startup Whispir has closed a $11.75 million Series A round from a range of global investors as it looks to accelerate its international expansion plans.

Whispir dubs itself as a “communication-apps-as-a-service” startup and offers a platform for businesses to customise the communications infrastructure it used both internally and for interacting with customers.

The large funding round was led by Telstra Ventures, Singapore funds NSI Ventures and Rippledot Capital, along with a range of private investors and Whispir co-founder and CEO Jeromy Wells.

Wells says the funding round will be used to facilitate a rapid global expansion, with the investors handpicked from the areas the startup will be initially targeting.

“We’re very focused on expanding internationally on the back of a strong presence in Australia,” Wells tells StartupSmart.

“It makes more sense if you can raise capital in markets you’re expanding into. If you’re on an international trajectory then there’s value to be brought from investors that have had relationships in the market.”

Whispir now has a team of 86 based around the world, and clients include Telstra and Twilio, which both use the startup’s software platform as the basis of their internal messaging solution.

“We change the economics of communication management for businesses,” Wells says.

“What has taken people weeks to do can now be done in minutes. You can now deliver an app-like experience without having to have an app.”

Wells says Whispir has enjoyed 145% year-on-year growth in Singapore and will be using this as a base to roll-out across key markets in Asia.

NSI Ventures partner Shane Chesson says the startup has huge potential to be a leading playing in this industry.

“We have been impressed by the leading enterprises in our region and beyond that are already using it to deeply engage. NSI Ventures is very pleased to be on board as Jeromy, Andrew [Fry, vice president] and the team further increase their global reach and expand their product beyond communications into intelligence and insights.”

After enjoying rapid growth in the last year, including a 55% month-on-month increase in sales in all regions, Whispir is ready to start aggressively selling its software.

“We’ve never engaged in any marketing – this is the first time we’ve ever done a press release,” Wells says.

“We’ve been working behind the scenes with our channel partners to grow.”

He says persistence and determination were crucial factors in closing the funding round and successfully growing around the world.

“You have to be incredibly resilient and open to peoples’ ideas and discussing your own ideas,” Wells says.

“Listening is the most important part of raising capital – listing to what smart, successful people think of your business, how it could be better and where you’re failing to communicate it correctly.”