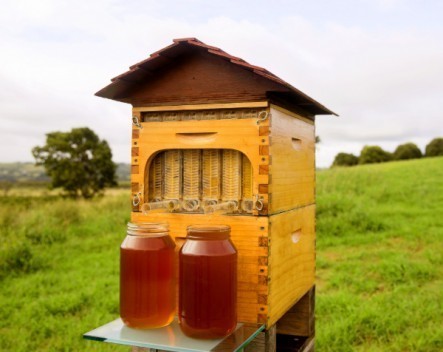 The Australian father-and-son duo who raised more than $1 million within three hours on crowdfunding platform Indiegogo have now broken the $US4 million ($A5.1m) mark.

Cedar and Stuart Anderson, from Byron Bay in New South Wales, have developed a way to harvest honey without opening a hive and disturbing the bees.

The pair’s invention, called Flow, allows beekeepers to simply turn on a tap to retrieve honey instead of having to smoke the bees and take apart the hive.

The Andersons’ initial target was $US70,000 – however, that goal was smashed in a matter of hours.

The invention has now raised more than $US4.3 million to become the third most-funded project in Indiegogo’s history, with more than 10,000 people backing the invention.

Co-founder of Flow, Cedar Anderson, told StartupSmart the crowdfunding campaign has been “a wild ride” so far.

“We’re amazed and so proud of how well Flow has been received,” he says.

“That we’re now the most successful-ever crowdfunding venture ever launched outside of the US is just incredible. The response has been humbling and has already far exceeded our expectations.”

Anderson says the project’s success came down to the fact that people love bees.

“We’re blown away and really hope this leads to increased bee numbers and better bee health around the world.”

The most-funded project on Indiegogo to date was a device called Ubuntu Edge, which raised $US12.8 million in August 2013.

Coming in at second place is the An Hour of Code project, which aims to give students in the US the opportunity to learn foundational computer science skills. The campaign raised just over $US5 million, with even a donation from Facebook founder Mark Zuckerberg.

Flow, however, could easily surpass An Hour of Code as the invention’s crowdfunding campaign has more than 30 days left before it expires.

Riding off this success, Anderson said in a recent post on the company’s Indiegogo page that it will be able to negotiate up to 50% off their backers’ shipping costs due to the groundswell in support from around the world.

“Expanding manufacturing to the US will also reduce shipping costs for those in America or close by,” he said.

“Where possible we will source the wooden hive boxes and frames closer to you to reduce shipping costs and support your local beekeeping suppliers. We will add some estimates of shipping soon. Once again thank you all so much for being a part of this project.”