More than one unicorn created per week but seed stage funding down, report says 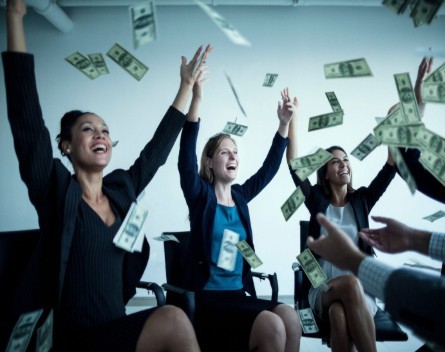 This year has seen an average of 1.3 unicorn companies created each week, with 23 emerging in the last quarter alone, a new Venture Pulse report finds.

Nearly $US58 billion has been invested in US startups in the first nine months of this year, more than all of last year, while 23 new unicorns emerged in the third quarter.

There are now 140 of these so-called unicorns worldwide, with a cumulative value of more than $US500 billion.

According to the study, VC-backed companies raised nearly $US40 billion globally from 1799 deals, in a quarter for “big, big deals”.

An emerging trend from the quarter review is the growth of ‘mega rounds’ of more than $US100 million, which have “drastically increased” and contributed to the proliferation of startups worth more than $US1 billion.

“Globally, investors continue to target bigger and bigger deals,” the report says. “This, along with the continued availability of late stage deals, may be spurring the continued rise of unicorns.”

Despite the rise in this big later-stage deals, the number of VC-back seed rounds has reduced around the world for the fifth time in a row.

“Despite more micro-VCs and multi-stage funds investing at the seed stage, seed investments took less than a fourth of all deals to VC-backed companies in the US,” the report says.

KPMG national tax leader Francois Chadwick says this could be the result of a “herd mentality” among investors.

“Those that are coming in late suddenly feel like they’ve been left out, not invited to the party, and they now need to buy the really expensive ticket to get into the party.”

The report highlights the rapid growth of VC investment in Asia, which saw $US13.5 billion over 373 deals, three new unicorn companies, and now accounting for more deals that Europe.

The VC report identifies some growing trends in areas of investment around the world.

Although internet and mobile tech continues to overwhelmingly dominate the market, accounting for over two thirds of all the deals, it finds that healthcare is a significant rising area, one that’s becoming a “hotbed of innovation”.

“There is an underlying trend towards investment in disruptive technology that improves efficiency – whether in health systems, the delivery of treatment or in the process of developing drugs,” it says.