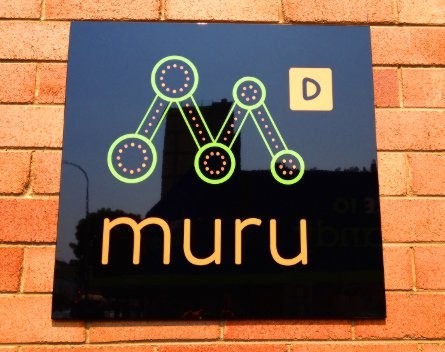 The first batch of Muru-D startups are going to be a difficult act to follow, according to Muru-D co-founder Annie Parker.

She estimates each one of the graduating startups, ChattyKidz, FarmBot, Lime Rocket, Momentum Cloud, Open Learning, Pixc, Safesite, Vistr and Zed Technologies, all walked away from the Muru-D demo night earlier this month with at least 25-30 investment leads.

But that’s not what pleases her the most. It’s the fact that all 10 startups had secured paying customers, or paying trial customers, by the end of the six month program.

“I think that’s something really important to flag here, the amount of funding dollars is interesting, but just one of the key metrics to look at for success.

“If you have customers willing to pay, and you’re even just partially funding your own growth, that should be something we applaud.”

“It’s unusual, from the European experience, it’d usually look for about 50-60% at that stage, to be able to say 100% have customers and eight out of nine had funding dollars from angel investors, is a great achievement,” she says.

“The first class of Muru-D has set the bar really high.”

The hunt for the next batch of startups is already underway. Parker says the program itself won’t change much, but organisers are looking to tap into a larger network of corporate mentors and expertise.

“We recognise that Muru-D exists because of the altruism of seasoned entrepreneurs and the kindness of the ecosystem. We don’t want to take the mick and keep taking too much of their free time,” she says.

“We’re working on ensuring to keep that mentor community vibrant, so mentors that keep getting involved in Muru-D will keep wanting to do so and keep growing that mentor pool.

“We’ve been pleasantly surprised by the entrepreneurs that are so interested within the digital ecosystem at Telstra.

“We’re conscious of the fact that we need to keep sharing that load, and I think that’s something we will look to do, not just within the Telstra employee network.”

Muru-D has been approaching some of Telstra’s larger clients, like Westpac, Commonwealth Bank and Woolworths, who all have pools of experience and expertise in their companies that Parker says they hope to tap into.

Muru-D is one of the few corporate accelerators in Australia. Given that fact, Parker says when she arrived and began Muru-D she was pleasantly surprised with the number of applications, 220, it received.

“I’d assumed that as Muru-D was one of the first corporate incubator/accelerator programs, that there wouldn’t be a large talent pool to draw on,” she says.

“That number of 220 applications, was the same we used to generate for the whole of Ireland, Germany and Czech Republic combined.

“From a relatively small population Australia is doing well in the volume of entrepreneurs we have.”

Parker says she would be thrilled if they can double that number of applications, something she considers achievable, and she’d love to see a similar number of female founders taking part in the program.

“While I’m not totally focused on that number, it would be nice to see that growth because it would reflect the health of the ecosystem,” she says.

While Australia doesn’t lack startups, what it does lack is access to funding.

“Where we need to catch up is in more formal angel investment groups and much healthier early stage capital,” Parker says.

“There’s a lot of talk around the big gap in the one to five to 10 million funding bracket and that is absolutely spot on.”

Applications for the Muru-D program on September 20.