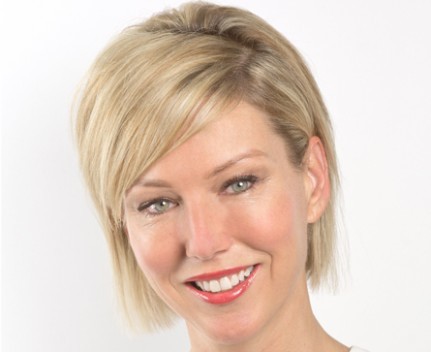 Australia will soon have its first $200 million VC fund focused entirely on later-stage startup investments in an “exciting turning point” for the sector.

Blue Sky Venture Capital has announced it will be raising the fund to help plug the current funding gap and help founders find assistance locally without having to look overseas.

It’s a big step up for the VC firm, with the new fund set to be nearly seven times bigger than its 2014 capital, but investment director Elaine Stead says it’s a “natural progression” of what Blue Sky has been doing across the last decade.

“We’ve developed such a strong deal flow that in the last quarter alone we could have deployed over $180 million,” Stead tells StartupSmart.

“That’s in deals that actually went through formal diligence that we loved and that we would have put more in to if we had the capital.

“There’s a high quality of deals and a high volume, and we want to take advantage of it.”

Blue Sky Venture Capital’s 2014 fund has invested in the likes of Shoes of Prey, THR1VE and Hatchtech, which recently exited in a deal worth nearly $280 million.

Two more investments are on the horizon before that fund is closed, and the firm hopes to have raised the $200 million for the next one by the second quarter of next year.

This is another big moment for the startup ecosystem, assistant minister for innovation Wyatt Roy says.

“This represents an exciting turning point in the development of the Australian innovation ecosystem.”

It will join three other $200 million Australian-based VC funds – with Square Peg Capital and Blackbird Ventures recently announcing their own, and Brandon Capital closing a biomedical-focused fund earlier this year.

But all these other large funds are focused on the early-stage of a startup’s life, and that’s where Blue Sky’s focus will be different.

“We focus on the later-end of the VC spectrum where the quantum of capital that companies are seeking is much higher,” Stead says.

“They’re much more mature and are executing on expansion and scale-up strategies.

“The key differentiator is we are focusing on companies for which product-market fit has been established. It’s really about commercial execution and expansion.”

These large later-stage funding rounds are often the time when local startups are forced to look overseas for assistance. A recent AVCAL report identified an “urgent” need to address the funding gap between early and later-stage, with only 23% of the country’s entire VC funds dedicated to these large rounds.

Encouragement and incentives for this level of funding was also identified by members of the startup community as a key area missing from the government’s $1 billion innovation statement.

The average amount that the new fund will invest in startups will be $18 million, Stead says.

“We need to make sure we have the funding structure that supports every stage,” she says.

“There are wonderful opportunities that make it through the funnel and the maturity spectrum. They need to be supported so they don’t have to go offshore straight away to find capital of a certain amount.”

Apart from a focus on mature startups, the fund won’t be pinpointed at a specific area.

“We want to be open to great opportunities so we can maximise the deal-flow and build the most diverse portfolio as we can for our investors,” Stead says.

“Picking the next Facebook is a very different skillset than helping a company scale-up and expand to attack global markets. We need expertise that can help support those companies that are at that stage as well as providing the capital.

“We’re stage specialists, we’re not sector specialists. It will be the exact same strategy as the last decade.”