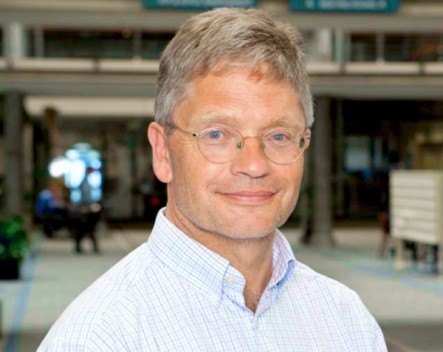 In a statement announcing the move, NICTA says Durrant-Whyte and the NICTA board had differences of opinion regarding the strategies and governance structures required to secure the medium and long-term future of the organisations.

“These differences were unlikely to be resolved,” the statement says.

“They centred on the role of the CEO and the Board in determining alternatives for the future of the organisation beyond June 2016.”

Earlier this year the federal government announced it would only continue to help fund NICTA until the middle of 2016. At the time, Durrant-Whyte said losing federal government contributions would have an impact on the organisation, and as a result it would need to look at alternative funding models.

Last month NICTA hosted German Chancellor Angela Merkel during her visit to Australia for the G20. Following that visit, Durrant-Whyte told The Australian it was refreshing to talk to a head of state about the importance of research.

According to The Sydney Morning Herald, the federal government was unhappy with the visit, which led to tensions coming to a head between Durrant-Whyte and the NICTA board.

A spokesperson for NICTA says the organisation will not be commenting on the matter.

Durrant-Whyte will remain with NICTA until early next year to assist in the transition to a new CEO and to work with NICTA research and business leaders on ongoing projects.

“Under Hugh’s leadership, NICTA has continued to grow its research excellence and is internationally recognised as one of the premier ICT research centres in the world,” he says.

“Equally, Hugh has made great strides in linking that research excellence with business to produce wealth for Australia.”

Duane Zitzner, a member of NICTA’S International Business Advisory Group, will be appointed as chief executive until a long-term successor is named.

Zitzner, a former executive vice-president at Hewlett-Packard, has a deep knowledge and understanding of NICTA and consults to leading Silicon Valley venture firms.

The organisation was fortunate to be able to call on someone of the calibre of Zitzner, Stevens says.