Not so super for startups 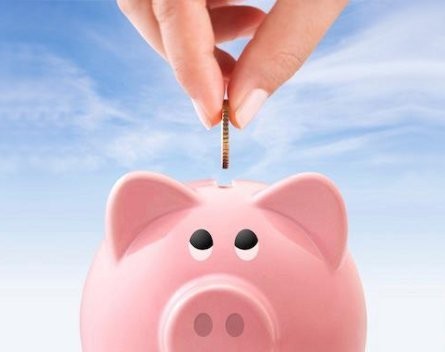 Grrrr … Yet another well-meaning government initiative is going to have negative side effects for the Aussie startup and venture capital community. I want to make sure the right people in the government know about it and to do that I need your help.

In July of this year superannuation funds will need to start disclosing all of their investments down to the root company level. The new law, passed by the previous government, is an attempt to make super more transparent to fund members.

This is a good thing, which I fully support, however it is one of those well intended regulations which may work for the broader market, but will have negative side effects on the Australian startup and venture capital community.

Under this new law, superannuation funds will have to disclose (on a public website) every asset and ‘final’ investment on a look through basis. This means that if a super fund invests in an Australian venture capital fund, they must disclose each company in which the venture capital fund invests. That’s probably not a big deal. The issue is that they must also disclose the value at which they hold each of these investments.

So as an Australian startup, if you take (or have already taken) capital from an Australian venture capital fund which is backed by super funds, the value at which they hold their investment in your company will be on a public website. I predict this disclosure data will soon become a key source of information on the health of venture-backed startup companies.

So what, you say? Well imagine your startup is working flat out to land an enterprise customer that will make your whole year’s plan. But one of your investors has written down their investment and your customer sees this? Think you’ll get the sale? Ditto if you’re trying to attract great employees, advisors or investors.

What if you’re in acquisition talks with Google and they are able to see the history of your investors’ valuations to craft their offer?

My point is that at these and many other times in a startup’s life, your investors’ valuation is not the best indicator of your success, or you are at a disadvantage if it’s made public.

Remember that you have no control over the valuation that a super fund puts on their investment. They are subject to a number of regulations and codes of practice. In some cases a change in valuation may be only because of a currency fluctuation. However, when these regulations come into force this valuation will be one of the first indicators people look at to judge your business.

I fully support more transparency for the superannuation industry, but a blanket rule will cause unintended side effects for our venture capital and startup sector. A simple solution would be to make an exception based on materiality (a typical venture investment would be less than 0.05% of a typical superannuation fund’s assets) and/or confidentiality for venture capital investments.

This would not take away from the goal of the regulations. In fact I would argue that by eliminating the long tail of tiny investments we are making disclosure more useful to superannuation fund members.

It’s quite late in the process, but I believe the current government may be reviewing this right now, before it comes into force in July. My sources tell me that they may make some changes to the original requirements, including some exceptions to the blanket disclosure rule, but that the decision could go either way.

We know the government is supportive of the startup community, but it would be great to reinforce this by writing a short email to the Minister for Finance, Mathias Cormann, financeminister@finance.gov.au and the Minister for Industry, Ian Macfarlane, Ian.Macfarlane.MP@aph.gov.au to let them know how about the unintended side effect of these regulations (and if you happen to be in the government team that’s working on this, I would love the opportunity to talk directly, you can get me at rick@blackbird.vc).

By the way, Blackbird Ventures does not have any superannuation funds as investors, but we hope to someday.

I’ve set out the situation in detail below, for those with more time to read:

Firstly a little background for those of you who are not involved day-to-day in Aussie startups. I want you to know about the momentum which is building in the Australian tech startup space. I wrote a blog about this last year which explains what’s driving this, and why we should all be excited. As a community we are building something brick-by-brick which in 10-20 years could be a powerhouse of our economy.

However, the Aussie venture community is rebuilding itself. There are a bunch of new funds such as Blackbird Ventures (which I co-founded) and Square Peg Capital, new seed stage funds such as TankStream Ventures and those backed by Artesian Capital, a whole bunch of angel syndicates, incubators and accelerators, and some of the existing players are re-grouping. We have a real opportunity to build a fresh new start for Australian venture capital.

It’s the common goal of all of these people to earn back the trust of the superannuation funds over the next five-10 years. This is a really important long-term goal as venture capital is the only conduit for our national superannuation savings to trickle down into our technology sector.

As part of the review of superannuation, the previous government enacted a new law to require all registered superannuation funds to publicly disclose all of their investments.

Sounds like a good idea, right, and I am all for more transparency. At Blackbird, we’re going to be transparent about everything so long as it doesn’t harm our portfolio companies and founders. But blanket-enforced disclosure is a problem.

Super funds will soon have to disclose (on a public website) every asset and ‘final’ investment on a look through basis. This means that if a super fund invests in an Australian venture capital fund, they must disclose each company in which the venture capital fund invests. That’s probably not a big deal. The real killer is that they must also disclose the value at which they hold each investment.