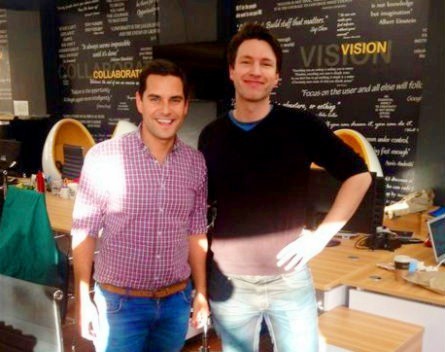 Greenwich, whose electorate encompasses startup hotspots Darlinghurst, Surry Hills and Ultimo, was based at the co-working space for two weeks in August.

“I found it to be quite inspiring,” he says.

“It was great to be around so many people with great ideas, who are turning those ideas into products and apps, and making things happen.

“It was great to hear first-hand from various entrepreneurs what their concerns were and for them to explain the issues to me.”

And he’s already endeavouring to tackle some of them. He says he’s asked the New South Wales Minister for Education to include coding in the school curriculum, something which he says the government is working on.

“The reason for that is, I understand we have a bit of an education gap here, and we’re falling behind countries around the world that are teaching coding and promoting entrepreneurship as a career,” he says.

“I was also able to hear some of the issues caused by ESOPs and some of the other barriers the government puts in place. I heard so many stories from people saying we’ve got this great idea, it’s already successful, but because the Australian government and state governments need to work on issues around education, immigration and employment, because it becomes prohibitive to operate in Australia.”

During his time at Fishburners a number of startups caught his eye, including shopping app Stashd, which he’s downloaded, and Uber competitor Ridesurfing. But the one that impressed him the most was eClosure, a platform that helps families shut down the social media sites of deceased relatives.

“Those sites become a hunting ground for people engaging in identify theft, so it’s a really important service to tackle that,” he says.

The New South Wales state election is scheduled for early next year and Greenwich says, should he be re-elected, he’s strongly considering basing himself at Fishburners once-a-month.