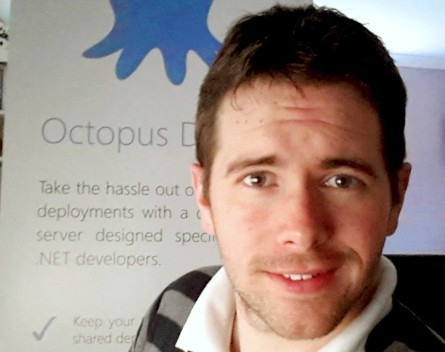 Octopus Deploy is a deployment automation system for .NET developers.

Founder and chief executive officer Paul Stovell launched Queensland-based Octopus Deploy in 2011 in his spare time before beginning to work on it full-time in 2012.

He’s funded the company himself up until this point, but he says it’s been profitable since day one. It now employs eight staff.

The decision to take on investment was not motivated by the money.

“The trigger for us doing this was partnering with Red Gate means we’ll get a better database deployment story to take to our customers,” he says.

“We’re a growing company, but there’s been a lot of companies in our space that have been acquired recently, and this partnership helps us compete.

“Part of the reason for going with Red Gate is it’s a large company with over 300 people and they’ve got a lot of experience taking products to market and building those products up.”

Red Gate chief executive officer Simon Galbraith told The SDTimes that the company invested in Octopus Deploy because they believed it was the best release management tool out there.

“We’re recommending it to our customers as a replacement for Deployment Manager and many of them have already switched,” he says.

“This investment ensures that Octopus has sufficient resources to support our customers as they switch and to continue developing the tool.

“Our intention is to free the Octopus Deploy team to build the best tool they can.”

Stovell says the funding will enable Octopus Deploy to focus on growing faster, adding more features, and continuing to innovate its product offering.