OddUp says Melbourne’s investor pool is “atrocious”: Other insights on the Australian ecosystem from the global startup research firm 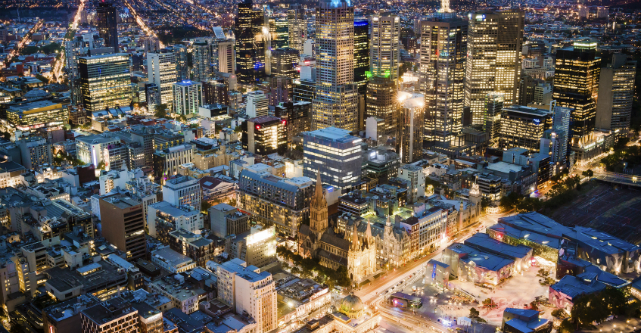 A global startup research engine has opened a new office in Melbourne and released reports on the ecosystems in Australia to coincide with the launch.

The “startup about startups” aims to provide analysis and data on emerging startup ecosystems around the world in order to educate and inform investors and entrepreneurs.

Despite having a strong base of tech talent, OddUp founder and CEO James Giancotti says Melbourne’s investor pool is “down-right terrible”.

“I knew it was bad but compared to other cities it was atrocious,” Giancotti tells StartupSmart.

“Unfortunately that’s to do with Melbourne’s love of property not tech talent.

“Usually talent and investors go hand in hand, but Melbourne is losing on investment in Asia but it’s winning in talent. The talent in Australia is on par with Silicon Valley but 30-40% cheaper.”

To turn this around, Giancotti says a series of further tax incentives could help shift the focus from property to tech.

“It’s a great seed ground but Series A’s and beyond that is very hard,” he says.

It’s also important that the ecosystem works to convince tech talent to make the jump from big corporates into startups, he says.

“The talent is stuck in corporate nine to five jobs, not in tech,” Giancotti says.

“If you were to pull them out you would turn Melbourne around and make it one of the world’s top 10 startup cities in the world.”

In Sydney, the research firm puts Blackbird Ventures, Black Sheep Capital and Elevation Capital on top, while Square Peg Capital, Oxygen Ventures and rampersand are leading the way in Melbourne.

Giancotti says Sydney boasts a larger pool of investors than its crosstown rival and, as the home of the ASX, has seen a series of successful startup exits. These include DroneShield, which raises more than $7 million through an IPO, and Freelance, which raised nearly $20 million through a public listing in 2013.

“Sydney is growing slightly faster than Melbourne, but Melbourne has more impact going forward. Melbourne can catapult them from a tech perspective.”

OddUp’s report finds that both cities rank well in terms of co-working spaces, while Sydney is in prime position to become a global fintech leader.

“If they do fintech right they could lead as fifth or sixth in the world,” he says.

“Sydney has to be very fast about that or they’ll lose the opportunity.”

The top startups in each city

Of the top rated startups in Melbourne and Sydney, Giancotti says they share one critical attribute.

“They’re companies that have clearly got a global element,” he says.

These startups have also demonstrated rapid growth at an average rate of 20-40% month-on-month, which Giancotti says is relatively easy to pull off in the first couple of years but becomes difficult to sustain from month 24 to 36.

The average valuation of startups overall in Melbourne is $8 million compared with $27.6 million in Sydney, $74.7 million in Singapore and $564 million in Beijing.

About 50 startups were analysed in each Australian city with the support of Oddup’s on-the-ground team.

Giancotti is aiming to increase this to 100 in the months to come.