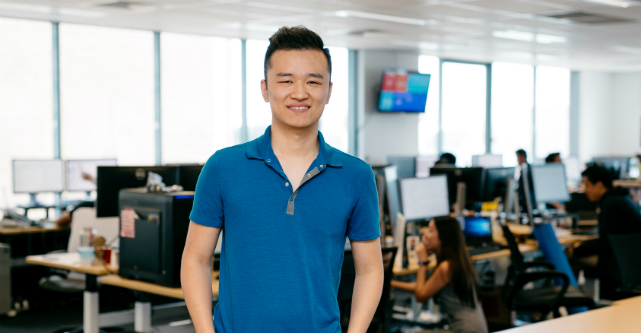 Sydney-based startup Oneflare has secured a $15 million investment as part of a new strategic partnership with Fairfax’s Domain Group, transforming the tradie marketplace space into a highly competitive “two-horse race”.

The investment in the online marketplace for home improvements and services is in exchange for 35% equity, valuing the startup at more than $40 million.

It comes after Oneflare’s biggest competitor hipages recently partnered with Fairfax rival News Corp through a reported $40 million investment in exchange for 25% equity.

Two years in the works

Oneflare founder and CEO Adam Dong says he has been in discussions with Domain for more than two years.

“It just makes logical sense – home buyers, sellers and renters are all looking for the services we provide,” Dong tells StartupSmart.

“Since November last year it got more serious and turned towards an investment.”

He says the partnership will extend beyond just the funding, with Oneflare becoming integrated into Domain’s ‘ownership’ section.

The funding will be used to help rapidly expand different aspects of the business, Dong says.

“It’s primarily to build out the products and we’ll have a hiring growth spurt, as well as a bit of marketing,” he says.

Founded in 2011, the Oneflare platform connects users with experts in categories like concreting, renovating, painting and cleaning.

Dong says the site now sees 1.3 million monthly visitors, has 80,000 registered businesses and has doubled in size from last year.

“The growth has been pretty significant,” he says.

With two tradie marketplace companies now aligned with large media corporates, the competition is heating up.

“It has become a two-horse race,” Dong says.

“If you look at Australia there’s only room for one or two big players in one vertical.

“We have one solid competitor and we’re definitely here to beat them.”

While hipages was valued significantly higher with its investment from News Corp, Dong says Oneflare has the edge when it comes to reviews.

“It’s important to have users that really trust your platform,” he says.

“We’re leading them on reviews, and they’re key to the platform and to the users. It’s about making sure customers really trust the platform.”

A focus on revenue

Dong says one of the most important parts of the startup securing the large investment was their ability to demonstrate revenue and clear growth, something that many startups can’t do.

“Being an Australian-only startup is difficult,” he says.

“The fundraising environment here is nowhere near what it’s like in the US so it’s really important you do have a company that can run lean and actually generate revenue.

“The valuation won’t be based off some blue sky prospect ten years from now. It’ll be based on revenue, growth rate and your track record.”

He says this provides a useful lesson for other local startups on the hunt for funding.

“A lot of Australian-based startups discount revenue but it was the first thing every investor we went to asked us about,” Dong says.

“This big deal for us would not have been possible without us having the revenue.”