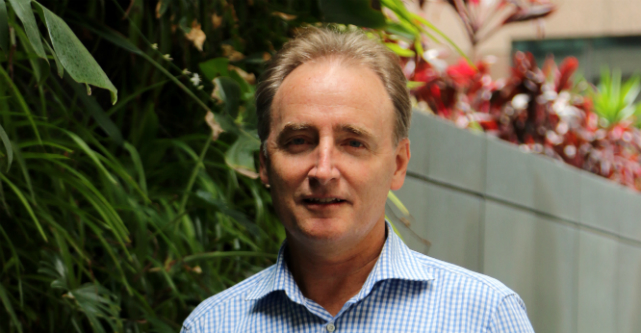 Truly “transformational” equity crowdfunding legislation should be the “cornerstone” of the Turnbull government’s innovation statement or startups will fall further behind the rest of the world, VentureCrowd founder Jeremy Colless says.

VentureCrowd, the first Australian platform to offer equity crowdfunding, has just secured a $1 million funding round from private investors and plans to launch its campaign for a further $500,000 as it prepares for the changes in legislation.

“If the Turnbull government is serious about creating an environment where innovative companies can thrive, the cornerstone of that policy has to be transformational equity crowdfunding legislation,” he tells StartupSmart.

Under the current rules, only “sophisticated” investors can participate in the process, but the federal government has flagged intentions to soon loosen these regulations.

Small business minister Kelly O’Dwyer told StartupSmart earlier this month that equity crowdfunding will be restricted to “exempt public companies”; meaning startups of any size would have to become public companies but remain exempt from certain compliances.

But Colless says he’s “disappointed” at the pace these reforms have moved at, and these restrictions would stunt the growth of equity crowdfunding in the country.

“Our concern is this could be transformational legislation that really changes the way investors can participate in fractional ownership of a whole range of assets,” he says.

“But it seems from the public comments that Treasury is still trying to squeeze in equity crowdfunding legislation to the existing Corporations Act.

“Without transformational equity crowdfunding we will be operating with handicaps which would be a shame because the potential is huge.

“It seems somewhat illogical for them to focus equity crowdfunding opportunities away from the area where most innovative companies start their life and from where they need capital funding.”

If the reform continues down this route then Australian entrepreneurs will fall further behind their international competitors, he says.

“We won’t have legislation that is as accommodating as other jurisdictions so we won’t be as competitive and startups in Australia won’t have the same opportunities going forward,” Colless says.

“Australian startups will have to potentially go offshore to find funding despite the fact there’s huge amounts of interest from Australian investors.

“If your legislation and infrastructure isn’t as competitive as offshore, Australia isn’t going to be an innovative nation as the government continually professes to want. If their actions are to match their words then it will have to be transformational legislation.”

Companies have raised more than $10 million using the VentureCrowd platform after it launched in 2013.

The $1 million investment round places a pre-money valuation of $10 million on the startup, and Colless says this process serves as a validation of sorts of how equity crowdfunding can be effective and safe.

“We wanted to take on some external investors but at the same time we want to open it to the broader crowd who have been supporting the platform since the beginning,” he says.

“We believe it’s important that there’s alignment between the crowd and the issuer. Wholesale investors and in the future retail investors will be operating without prospectuses and other protections so it’s important the issuer isn’t setting the price, others with domain knowledge have to be participating and have skin in the game.

“These alignments go a long way to reducing the risk of fraud or pool deals. Alignment is critical in terms of industry self-regulation and the sustainability of equity crowdfunding.”