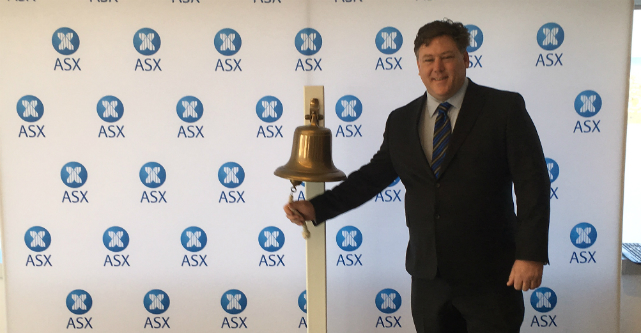 Perth-based 3D printing startup Aurora Labs is officially a public company, listing on the ASX on Tuesday morning after successfully raising $2.8 million through an IPO.

Aurora Labs develops a range of metal 3D printers that it says are far cheaper than its competitors.

The startup offered 14 million shares at 20 cents each to raise the $2.8 million after lodging a prospectus in June.

Aurora Labs opened its first day of trading at 54 cents and closed on Wednesday at 70 cents.

“The whole process of moving from private to public is a fairly steep learning curve for anybody,” Budge tells StartupSmart.

“It’s been a very good process overall and we’re certainly very happy with the results in the end.

“There’s a lot of interest in the company moving forward and this is a fairly significant milestone. We’re only two years old and this is a big stepping stone.”

The cash injection from the listing will be used to bring Aurora Labs’ small format 3D printer to market and further the development of the medium and large models, Budge says.

“The idea behind it is to take the technology we’ve developed with the small format printer and get it into the marketplace,” he says.

“We’ve reached the end of the beta testing phase and we’re moving into production.”

He says he originally set out to raise a round of private funding to facilitate this but after encountering difficulties decided to turn to the public markets.

“We examined the private route extensively and that was our preferred method originally,” Budge says.

“We found it difficult to get funding in Australia. If we had been in the US we would’ve found it somewhat easier but we were keen to keep it as an Australia company so we decided on IPO funding for the next level.”

The listing comes as the ASX is on the brink of implementing new financial thresholds that would prevent many early-stage startups from listing.

Under the proposed rule changes, the Aurora Labs IPO would be blocked as the company is yet to generate any revenue or profit according to its prospectus.

Budge says that if young tech companies are blocked from the ASX more private funding needs to be on offer.

“Australia needs to have a route for small companies to have access to capital,” he says.

“Given that we don’t have such a broad base of venture capital as in the US something needs to be done to encourage that or the public route becomes the preferred route.

“In saying that, the fundamentals of the business need to be founded in order to be listed. You need a bit more than just a concept.”