Phone startup rethinking keys off to Brazil for accelerator program 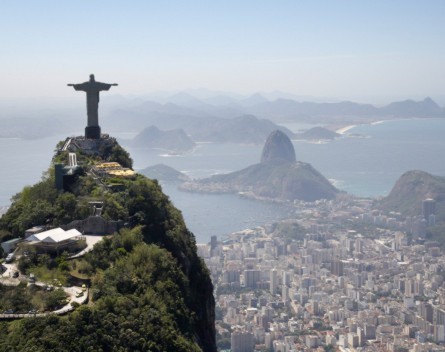 Dextr, an Australian startup offering an alphabetically-ordered keyboard for mobile phone, has been accepted from over 1400 applications to join an accelerator program in Brazil.

“Very few people are as fortunate as us Australians to have grown up surrounded by luxury and devices. They’ve got one piece of tech kit if you go Nigeria, Brazil and Indonesia – it’s a hand phone,” Lambie says.

Dextr is the only Australian startup in the 40 selected for the SEED Accelerator Program, which offers training, mentoring and coworking space as well as $37,000 in equity-free capital.

Founders will need to locate to Brazil for the six-month program.

This is the second South American accelerator program for founder John Lambie, who has recently graduated from the Start-up Chile program.

At the time, he told StartupSmart relocating to South America made a lot of sense for his startup, describing Latin America as the “sweet spot for this kind of product”, with access to large emerging middle class markets.

Brazil has the fifth largest population in the world. Coupled with a rapidly developing economy and uptake of technology, it’s a big market for entrepreneurs and well situated for entrepreneurs to access the wider South American continent of emerging markets teeming with millions of people.

Prior to the Start-up Chile program, Lambie has been mostly bootstrapping with a couple of AusTrade rebates and grants.