Playing to the crowd for funding 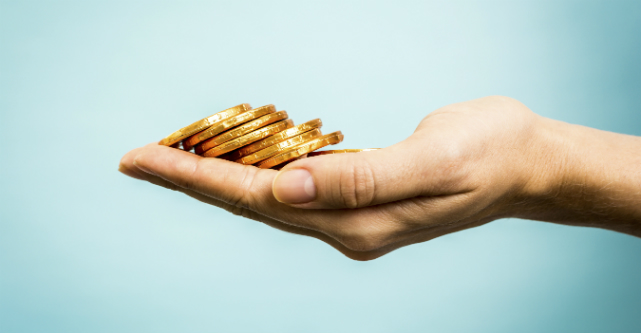 ‘Crowdsourcing’ has become an oft-repeated term for businesses looking to engage consumers in decision-making; whether it’s coming up with the name for a new Vegemite brand, as Kraft did disastrously with iSnack 2.0, or asking drivers to report traffic jams, as Waze, a successful traffic information app, has done.

However, the concept of crowdsourcing is now gradually shifting into the area of start-up finance. Start-ups turned down by banks or other investors for funds could soon find that ‘the crowd’ is a more productive option for them, albeit on a smaller scale.

Earlier this year, independent news website New Matilda was forced to shut down because of a lack of funding. But it could be given a new lease of life thanks to a new web 2.0-based fundraising model.

What is crowdsourced funding?

Crowdsourced funding is a way to gather contributions online and can be used for everything from arts projects to product sales. This process is facilitated by websites such as FundBreak.com.au and US-based site IndieGoGo.

New Matilda is running the biggest ever campaign on FundBreak as a last-ditch effort to revive the defunct publication, which closed in June.

Running the publication for next year will cost $175,000 and it aims to raise this total by December. More than $50,000 has already been contributed by over 500 community members.

New Matilda editor Marni Cordell says most of this was contributed by the website’s “die hard” supporters.

“I wouldn’t do it if we didn’t have that brand recognition already,” Cordell says. “They weren’t taking into account we had five years of established presence and a readership, which lots of crowdfunded projects don’t have, they just start from scratch.”

However, with less than a month to go she acknowledges FundBreak’s concerns over whether the entire amount could be raised, and admits it will have to tap new sources for the remaining amount.

To use crowdsourced finance, individuals or organisations post a project brief, the funding required for the activity, and a deadline to achieve the funding goal. In exchange for contributions, donors are given “prizes”, products or special offers (company profits or shares can’t be offered because of legal restrictions).

FundBreak is an all-or-nothing approach – so no money is transferred if the target isn’t met – while other platforms allow project owners to retain all contributions once a deadline is reached.

FundBreak is targeted at funding arts projects, and one of these was an online music collaboration project, where different musicians would remotely contribute different components of a song (eg. guitars, drums, singing, etc).

Melbourne artist Claire Deak raised $2,500 for the project, which primarily funded the CD production costs, and she said it is crucial for potential donors to see what they’re contributing to and also offer interesting rewards, which included copies of the finished CD, finger puppets and jars of jam.

FundBreak was established five months ago by co-founders Rick Chen and Alan Crabbe, and has facilitated crowdsourced funding of 24 projects, which have raised amounts ranging from $20 to $10,000.

Use for projects – not direct investments

Crowdsourced funding should be thought of as pre-sales and donations as opposed to a direct investment in a business, Chen says, because there are legal issues with the latter. The key to a successful project is to engage with the community and leverage social networks such as Facebook and Twitter.

“If a project creator is not that serious about the project, ie. they just put it up there and see what happens, normally it doesn’t move or it moves slowly,” Chen says.

“If they are serious about the campaign, they really need it to happen. They have to do the marketing, spread the word and get actively involved. That’s the most important part we can see.”

Co-founder Crabbe believes Australia will follow the lead of the US-based sites such as IndieGoGo and Kickstarter, and embrace crowdsourced funding.

“Globally, the crowdfunding model has been used by charities for a number of years but the same model is now being applied to different industries,” Crabbe says.

“The creative industry has seen a shift towards alternative funding models and crowdfunding is the obvious choice, especially in the US at the moment.”

IndieGoGo was founded in 2008 by Danae Ringelmann, Slava Rubin and Eric Schell.

Rubin claims IndieGoGo is the world’s biggest crowdsourced finance website, raising millions of dollars for over 12,000 projects, carried out across 139 countries.

The site is only three years old, but he said that crowdsourced finance is “really heating up”.

While the majority of funding is contributed from people within the United States, with 27% coming from outside, Rubin says this number is growing and IndieGoGo is planning to expand the platform to different currencies and languages.

“It’s definitely been growing and we’re very dedicated to being global,” Rubin said. “The fact we’re in English and dollars is a little bit limiting but we’re very excited. We’re very committed to making this something we can make a country use either way.”

He said the three key tips were to have a good pitch, be proactive and engage the audience.

Widening your circle of contributors

Akin to when buskers chuck a couple of coins in an empty hat, he said it’s easier to attract contributions from the “big circle” (strangers) once a project has been funded at least 30% by the “small circle” (direct network).

“No stranger wakes up in the morning and says ‘I’m just going to give money to some random project’.”

“Once you get validated by your inner circle, the outer circle which is anyone that cares about the topic, product or concept, might hear about your campaign through IndieGoGo.”

Crowdsourced funding can help to drive sales and market interest but there is a new service which emphasises mentoring as a way to refine business ideas for a global market.

Startmate is a collection of Australian entrepreneurs that have run successful global start-ups, and have returned home to boost the local start-up community by lending their knowledge and their personal finances.

At the end of November five internet or technology based ideas will be selected, and Startmate mentors aim to transform this into a globally successful business. The mentors invest their own capital and take a stake in the business.

Startmate mentor Niki Scevak praises crowdsourced funding as a way to bypass the traditional need for funding. He says Startmate is more focused on mentoring local businesses to cultivate the Australian start-up industry.

“I love those types of sites and particularly for different creative projects instead of having to raise money to create the project, create the product and then go out and sell it, you’re almost doing the selling first so you’re validating the interesting-ness of the project.”

“As far as funding versus the mentor driven aspects of the fund I think that the value is in the latter. I think that the volume of start-ups in Australia needs to be a lot higher and [Startmate] addresses that.”

Top tips on how to get crowdsourced funding: