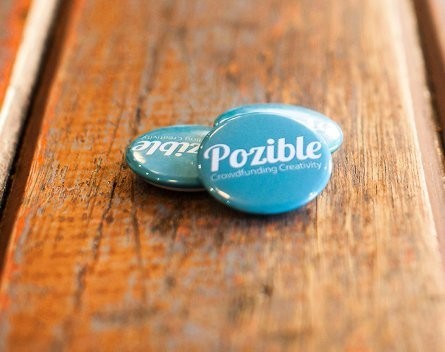 Opened earlier this week, the Pozible team has been fielding applications for up to five start-ups to work out of their offices, for free, for month-long stints.

Co-founder Alan Crabbe told StartupSmart they wanted to share all the insight they keep learning from campaigns.

“We weren’t using the space and thought a lot about what we could do with it,” Crabbe says. “We decided to try to bring all the skills we’re investing and getting from Pozible and share them.”

Crabbe says Pozible has doubled its project volume in the last nine months, despite crowdfunding heavyweight Kickstarter beginning to target Australia late last year, with a new domain and a series of workshops.

“I’m not saying there’s been no impact, but it’s been a lot less than we expected,” Crabbe says. “There was a drop over Christmas but that happens every year. We processed over 800 projects in January, double last January’s volume.”

Much of Pozible’s growth has been in line with the rising trend of crowdfunding, but Crabbe says Pozible is ready to start chasing new markets as the industry heats up.

“Our immediate plan is to expand as fast as we can, particularly beyond Australia,” he says.

The Pozible team has now set up bases and staff in San Francisco to target the US, and Singapore to target Malaysia and Indonesia.

“South East Asia and more broadly the Asia Pacific market is our priority. We know that we need someone in those countries to bring in new projects, but also to boost the global reach of Australian ones,” Crabbe says.

Much of Pozible’s projects come from the creative sectors, which has led them to pursue and achieve partnerships with major music company MGM and the Tasmanian government’s arts funding.

But Crabbe adds they’re expecting growth to come from new markets too, as crowdfunding moves beyond creative indie projects into more mainstream options.