Private investors get on the Dog and Bone – smartphone tech startup raises $2.46 million 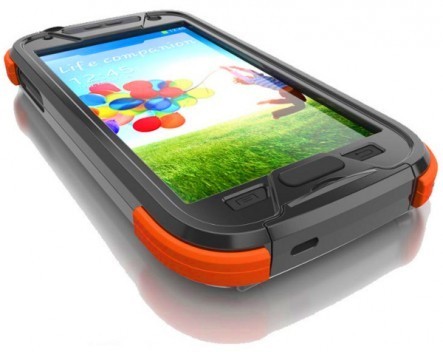 Mobile technology startup Dog and Bone has raised $US2 million ($A2.46 million) from private investors which will be used to accelerate the roll out of patent-pending technologies, including a keyless Bluetooth padlock and waterproof wireless charging smartphone cases.

The startup, which is headquartered in Brisbane, was founded by Lee Ranchod in 2012 as a mobile accessories startup and has increasingly been fusing smart technology and apps with protection in the smartphone and tablet market.

The $2 million was raised via a convertible note, from a number of high net worth individuals.

Dog and Bone showed off its Bluetooth padlock and waterproof wireless charging smartphone cases at the International CES in Las Vegas last week.

“We got a really great reception, it’s something we’ve been working on for the last 24 months, and now we’ve finally got some finance behind us, and finished developing it, it’s all about the speed you can take it to market,” Ranchod says.

“That’s what the cash will allow us to do. Ultimately the goal is to get there first before anyone else.”

Ranchod sees the Bluetooth-enabled padlocks being used in hospitals, where it’s useful to know who is opening cupboards and when, as well as for use in real estate and hospitality.

Australians love smartphones and tablets, making it a natural fit for Internet of Things startups like Dog and Bone, Ranchod says.

“I see Australia as a fairly early adopter, the Australian market is a great testing ground for us,” he says.

“We launched Dog and Bone in Australia and (since expanding) we’ve noticed the US market is extremely similar to Australia. Almost eerily so. We’re not as far behind as most people would think.”

Dog and Bone was able to secure space in the Main Hall at CES, which Ranchod says makes a big difference when it comes to exposure.

“The key thing is it’s not just about getting into CES, which has kilometres of walking area. You really need to be in that Main Hall to get everyone to notice you.

“It put us in front of all our major customers, the people we’ve been trying to work with. Now they all know who we are and have a road map of our products. You’re front and centre with the people who take your calls.”

The capital raise will also help support Dog and Bone’s push into more than 30 markets, including the US, where it will soon be opening an office, Canada, Europe and Japan.