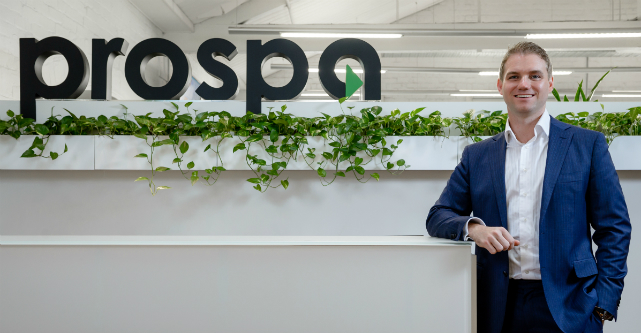 Fintech startup Prospa is gearing up to hire an additional 100 employees in its next stage of expansion, after this week securing a $25 million cash injection in what is believed to be the largest fintech venture capital investment in an Australian business.

The 2016 Smart50 winner says the investment round, led by Australian venture capital firm AirTree Ventures, will shore up the company’s ability to dominate the small business lending landscape on its path to writing more than $500 million in loans.

Prospa will be using the funds to further develop the technology side of the business, and with several new projects on the go, Bertoli says the funding injection will also allow the business to keep investing in people.

“It does require a lot of people—the costs are going to be in hiring, we’re going to be looking to hire about 100 over the next year. We’ve put a lot of thought and planning into it this year—it’s not the first time we’ve tried it,” he says on hiring big cohorts of staff at once once.

The Prospa platform, which allows small businesses to apply for unsecured loans of up to $250,000, launched in 2011 and previously raised $60 million in debt funding in September 2015.

The lender has written more than $250 million in loans, and recorded revenue of $22 million for the 2016 financial year. The current valuation of the business is $235 million, says Bertoli, and while that’s a “substantial” number for an Australian fintech operation, he believes there’s still plenty of room to grow.

“It all comes back to the customer problems, and they can all use capital at different times.”

Read more: Retailers and fintechs dominate the Smart50 class of 2016

Prospa has developed a number of strategic partnerships with the likes of Westpac and Mortgage Choice, but Bertoli says the company’s connection to smaller operations has also contributed significantly to its growing the loan base.

“We work with around 4,000 partners around Australia, from Westpac to small little accounting firms,” he says.

“That gives us access to well over half of Australia’s small business customers. We’re able to work with lots of [those partners] and get access to their customers.”

In 2016, the Prospa founders told SmartCompany that attention to detail will be key to the company’s success in an increasingly crowded Australian fintech market, especially in when it comes to understanding how small businesses start their search for capital in the first place.

“Our greatest successes have come when we were very precise about expectations,” Bertoli said last September.

Since launching, the business has also been able to ride the wave of enthusiasm for alternative lenders, with Bertoli saying small businesses are now more keen to entertain the idea of a loan from new providers.

The business has been rapidly expanding for a number of years now but Bertoli believes the Prospa team has the momentum and experience to sustain that growth.

“We have a lot of experience in rapidly expanding. I think we’re in a fortunate position—we’ve five years old and still growing double digits year on year.”