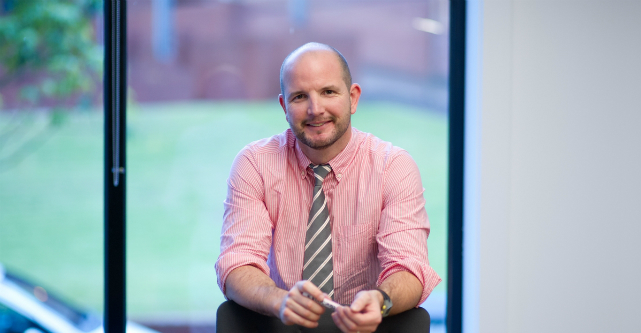 A Geelong-based startup has closed a $305,000 seed round to fund a major pivot as it turns its attention to the local procurement market.

Pundit Connect, a marketplace offering competitive quoting for users on the hunt for professional consultants, launched more than a year ago, but after seeing how customers were using the platform, founder and CEO James Baird decided to change the startup’s focus.

Baird discovered that several local SMEs were jumping on the platform to locate professional services in the regional areas, leading him to be on the verge of launching Localised, a digital platform for local businesses to find and engage local suppliers.

The funding round in Pundit Connect ran in parallel to this pivot and will be used to facilitate the roll-out of new platform Localised in Geelong and Bendigo, he says.

“We’re regionally-based already and we’re seeing regional customers wanting to use the platform to connect with local suppliers in the professional services sector. We were already a quasi-local procurement platform for professionals in regional areas.

“From the outside looking in it might seem like quite a significant pivot but it’s a fairly small change of direction that presents so much opportunity and focus for us moving forward.”

The funding comes entirely from a network of angel investors in Geelong, with a win at a Startup Victoria pitch competition driving the discussions.

“That created the momentum and off the back of winning the pitch competition we went to market to raise money,” Baird says.

“That win created the impetus for us to go out there and gave us something to talk about. It gave us credibility in what can sometimes be a fairly timid market.”

Localised will be rolled out in Bendigo in August in partnership with the Bendigo Business Council and in Geelong by September, with Baird saying he will then seek venture capital funding to facilitate a national expansion.

The startup will be looking to partner with other local business organisations to expand its regional reach.

Baird says he is now driven by a desire to keep procurement within regional areas and drive local economies.

“We want more money staying in regional economies, more economic opportunities and job opportunities to underpin the viability of regional areas as great places to live and work,” he says.

“If we can create more opportunities then more people will be able to move to regional areas for employment or to start their own businesses.”

And the local startup ecosystem in Geelong is quickly developing into a regional hub, he says.

“The Geelong startup ecosystem is really burgeoning at the moment,” Baird says.

“We’re hoping that we can look back in a few years’ time from the position of being one of those startups that emerged from this period of time when people were focused on innovation and startups in the economy.”

The virtues of patience

He says that while there’s a constant pressure on founders and entrepreneurs to be always moving rapidly, it’s sometimes crucial to take a step back and show a little patience.

“There’s a lot of pressure for startups to be in a hurry but that can be quite a counter-productive environment to be operating in,” Baird says.

“My mindset is about looking after the fundamentals and doing it right rather than trying to be super quick with everything.”