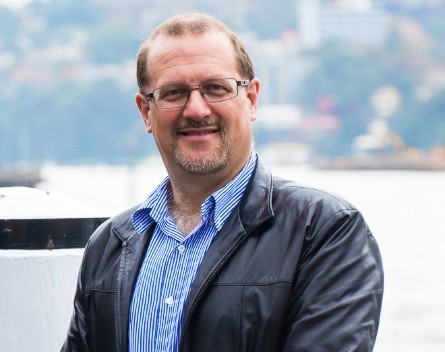 Internode founder and BlueChilli investor Simon Hackett has joined a group of investors who are injecting $5 million in capital into geospatial mapping firm Spookfish.

Spookfish is undertaking final testing on its aeroplane-mounted geospatial mapping system, which integrates camera systems, data storage, processing and flight operations. It is planning a commercial release next year.

“The vast majority of the fully committed raising has been taken up by these four cornerstone investors. We were also encouraged to received strong demand from existing Spookfish shareholders who include industry users of geospatial imagery,” Marinko says.

The investors are making the investment by purchasing the ASX-listed small-cap mining firm White Star Resources, which in turn has an option to acquire the geospatial mapping firm.

“White Star is acquiring Spookfish via the exercising of its option and as a result undertaking a recompliance listing and capital raising via prospectus to change its activities from a resource company to a technology company,” Marinko says.

The plane-mounted imaging technology operates at a high altitude, allowing it to capture images at a high resolution and with high accuracy at a relatively low cost per capture.

“This was by controlling the whole end-to-end process, with the aim of providing the highest quality aerial imagery at significantly improved levels of resolution, accuracy, cost effectiveness and consistency compared to current industry offerings.”

When asked about Google Maps or drone (UAV) aircraft-based mapping systems, Marinko says the technologies are not direct competitors to Spookfish.

“Google and the like are mostly acquirers of geospatial data such as ours so we don’t view them as a competitor. UAV’s are currently uneconomic, highly regulated and impractical for large area captures. If a suitable UAV platform ever emerges then we could simply use it ourselves,” he says.

At the moment, the company is working on a tech demonstrator that will test the technologies the company will use in its commercial offering.

“The Spookfish Technology Demonstrator will test all aspects of the camera system, data storage, processing and flight operations which will be scaled up and deployed in our commercial offering,” Marinko says.

“Next year will involve low altitude commercialisation with a pilot program using the tech demonstrator, then testing for scaled up productivity and the preparation for large area capture with full commercial launch of our large area offering in early 2016.

“Our target market is government and large corporate clients, who are the major customers of geospatial data but ultimately our images will be processed quickly and available via a simple customer portal so anyone in the market for high quality imagery with frequent updates will be able to subscribe to our service.”