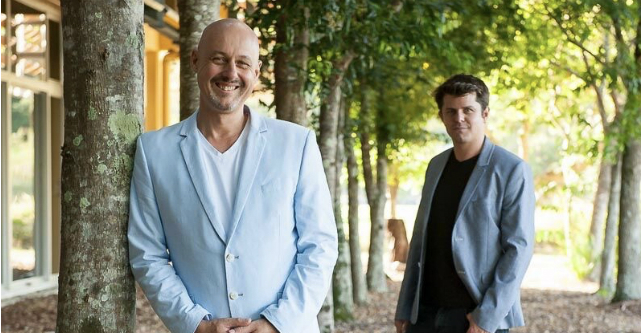 Tiltsta provides a platform allowing clients to create video ads where users can tilt their smartphones to interact with the content and add on-screen items to the shopping cart.

Founder and CTO Ben Thomas says he decided to enter the Viva Technology Paris competition to put his product on show to the world but never really considered the prospect of winning.

The funding comes from multinational marketing company Publicis Groupe, who will also be providing a year’s worth of mentoring and access to global networks to Tiltsa.

“Publicis Groupe has offices in over 100 countries and with their investment they have a vested interest in us succeeding,” Thomas tells StartupSmart.

“It’s more than just the money – the mentoring and vested interest will help push our business forward.”

The weekend-long event saw more than 45,000 visitors from around the world and nearly $15 million dished out to startups.

Thomas came up with the idea for Tiltsta after browsing through videos on a holiday with his fiancée.

“Current video ads are wasting precious opportunities to connect in the very moment of highest emotional engagement,” he says.

“Mobile video does not allow the user to convert impulse to purchase.”

He realised there was an opportunity to use some of the phone’s in-built tech and sensors to make the experience much simpler and more engaging.

Tiltsta has taken more than a year to build with $200,000 pooled together from the founder’s family and friends.

“It first started as something on the side until I built out a prototype,” Thomas says.

“To make it look much better, I advertised on Gumtree for a UX designer and our co-founder [Bonny Morlak] answered the ad.”

With mobile ad spending at more than $200 billion in the US alone, Thomas says he wants to change the face of advertising worldwide with Tiltsa.

“I want to improve the mobile experience,” he says.

The team will soon be heading to Silicon Valley to build on new relationships with investors, partners and clients on the back of the big international win.