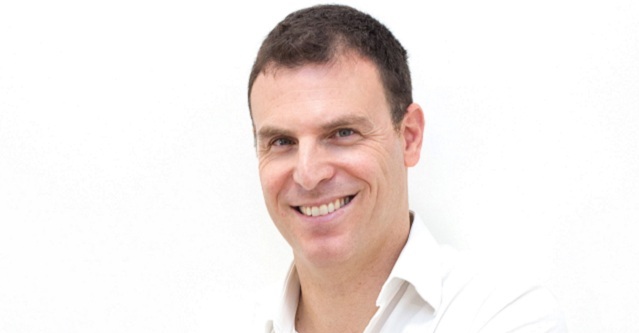 This week brings a $15.7 million round-up of investment deals for lending solutions, on-demand couriers and a program to build world-changing environmental companies.

The investment will help these ideas grow fast across Australia and into new markets overseas.

Here are the most exciting deals sealed in the past week, the startups that scored, the investors that splurged, and where the money will go.

What they do: The newest kid on Australia’s fintech block, Sail Funding offers loans of $5000 to $100,000 to SMEs, using an in-house developed algorithm to determine risk levels and employing security software to protect clients who provide their personal documents online.

How much: The company’s first fundraising effort has secured $8 million for further development of its product and tech team.

What happens now: The company launches in Australia this week. In the face of other competitors who have already made the local fintech lending space home, Yakutiel says there’s still space in the market for newcomers.

“I think the market is ripe for disruption and like in any sort of business, if you develop a competitive customer value proposition to a big enough market, you do well,” he told StartupSmart.

What they do: Fillr is a Melbourne and San Francisco based cloud software provider that uses machine learning to provide fast and accurate autofill information.

How much: $5 million from a range of international investors, including Softbank China Capital, the largest single investor in Chinese e-commerce giant Alibaba.

What happens now: Fillr is the latest project of serial entrepreneurs Chris Koch and Chad Stephens, developers of 1Form, which was sold to REA Group in 2014. More recently, the duo launched consumer data protection app Pop!

Fillr was launched in 2015 and just over one year later, the company’s $5 million Series A funding will be used to expand into the American, European and Asian markets.

What they do: Aiming to be “your friend in a sea of sharks”, Loan Dolphin is a free online platform where users can refinance or obtain new home loan rates not advertised by banks or lenders through a unique loan bidding system. Mortgage brokers, lenders and banks make bids on the platform to win new customers.

How much: Closed $1.1 million led by strategic investor Barry Lambert, who provided $1 million in this round and is renowned for selling Count Financial to the Commonwealth Bank in 2011 for $373 million. H2Ventures provided the rest.

What happens now: Mendis says the funding will be used to accelerate growth plans and drive up its presence across Australia’s capital cities.

“Barry’s involvement is extremely valuable to LoanDolphin and strong validation of our model and market opportunity,” Mendis says.

What they do: Go People, formerly People Post, is an on-demand delivery platform and mobile phone app that enables people to make orders and track their deliveries in real time. The end-to-end platform caters to “runners” or delivery drivers and customers expecting packages.

How much: Closed $825,000 from a mix of new and existing investors. This round follows the close of $1.25 million in July this year.

What happens now: Wang is taking his startup through a major rebrand as it steps out on to the global stage. Wang says the funding will enable the business to accelerate expansion into New Zealand and Asia after it hit 10,000 deliveries last month.

“We want to be the go-to people for simple deliveries,” Wang told StartupSmart.

“The go-to market has been broadened and we’ll start looking into international markets in the coming months.”

What they do: Innovoyz is Adelaide’s leading global innovation accelerator which captures scalable inventions and ideas and and turns them into world-class companies through a range of commercialisation programs.

How much: Received $750,000 from the South Australian government.

What happens now: The funding, announced by Premier Jay Weatherill at the United Nations’ 3R forum on waste leadership, will go into Innovoyz’s commercialisation program for waste and recycling technology.

The program, which commences in February 2017, will develop 10 new companies with world-changing solutions for critical environmental challenges.

Vafiadis told StartupSmart applications for the program are now open and Innovoyz will be considering ideas from a wide range of sources including startups, research institutions and individuals.

“Waste and recycling is one of the most important issues on the planet right now because it relates to everything,” Vafiadis said.

“We’re open to technology that has great impact in this space.”