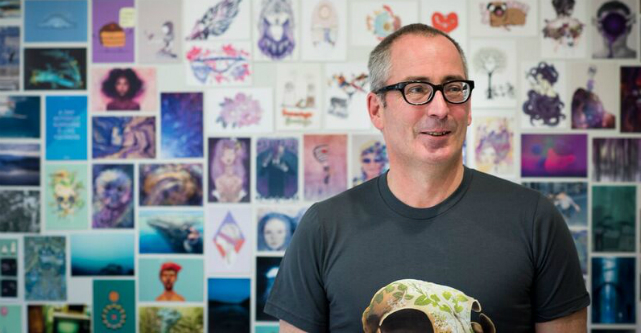 Melbourne-based startup Redbubble has confirmed its plans for a massive $50 million public listing on the ASX in “another step” towards its goal of becoming a multi-billion dollar Australian startup.

Redbubble is now “well advanced” in its IPO preparations, with the main aim of the listing to give it runway to reach profitability and achieve a sustainable business model, founder and CEO Martin Hosking says.

“The primary focus of the IPO is to give us the additional resources to continue to deliver sustainable long-term growth,” Hosking tells StartupSmart.

“We want to target both institutional and retail investors.

“We have been around for 10 years and have been working on the fundamentals of the business. The potential IPO is another step on this journey.”

The online marketplace has also revealed it has closed a $12 million pre-IPO round led by Blackbird Ventures, giving it “flexibility” as it moves towards the listing.

Blackbird Ventures co-founder Rick Baker says it’s a positive sign for the local ecosystem that Redbubble have chosen to list on the ASX rather than looking abroad, and it has the potential to rival Australia’s most successful startups.

“Redbubble is precisely the kind of company we hope to be seeing listing on the ASX rather than seeking offshore listing,” Baker tells StartupSmart.

“We think it’s got every chance of joining REA, CarSales, and SEEK as one of our leading internet companies.”

The platform for independent artists to sell their designs now has 158 employees, with 90 of them based in Melbourne.

The startup has also revealed its half year financial results, with its platform facilitating $80.6 million worth of transactions, a 55.5% increase year-on-year. Redbubble is monetised through taking a cut of each sale made through its service.

The year also saw Redbubble’s customers grow by 63%, with 1.25 million people making a purchase through the site, and a 62% increase in artists utilising the platform.

“The growth rates demonstrate the value of the investments that have been made in the last few years,” Hosking says.

“The size of the global opportunity before Redbubble and our growth momentum point to the potential to create a company of significant scale, many multiples of our current size.

“Redbubble is fast becoming the largest global consumer internet company to have come out Australia.”

The $12 million round comes after a $15.5 million investment in the startup last year which was used to fund its global expansion and product development.