Redbubble successfully completes $288 million IPO: Founder Martin Hosking on what comes next for the startup giant 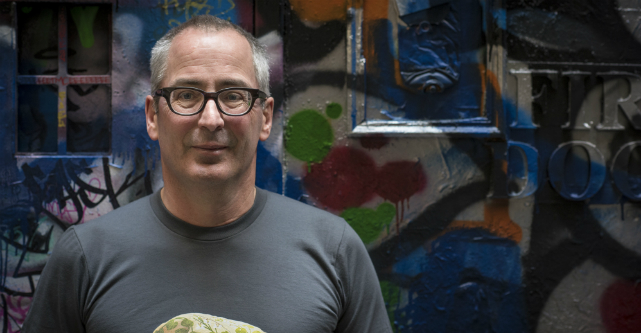 Melbourne startup Redbubble has successfully completed a $40 million IPO and is now valued at $288 million, proving that a giant consumer tech company can be built from Australia, founder Martin Hosking says.

The creative marketplace platform for artist closed 9% up after its first day as a public company, with its offer price jumping from $1.33 to $1.46 at the close of trading.

Through the IPO, Redbubble raised $30 million with the sale of new shares and a further $9.8 million from offering shares owned by existing investors.

A step in the journey

Redbubble founder and CEO Martin Hosking rang the ASX bell on Monday morning and says the IPO is an important step in the startup’s journey.

“We’ve been around for 10 years and this is another milestone that we’re passing on the way – it’s good to get into the next phase for the company,” Hosking tells StartupSmart.

While other Aussie tech giants such as Atlasssian have looked overseas for an IPO, Hosking says Redbubble’s successful local listing proves it’s possible to build a large tech company from Australia.

“It proves that an Australian tech company with global ambitions can be listed on the ASX and can be perceived well,” he says.

“And it’s very satisfying that I had 11 of our early employees with me that are still working with me, and it was satisfying for me from the perspective of being in Australia.”

He says that while all options were considered, the company picked Australia nearly 18 months ago.

“It would have been irresponsible not to have considered anywhere else,” Hosking says.

“But when we weighed up the alternatives against an ASX-listing it clearly became the optimal outcome for shareholders.”

Hosking says the time was right for Redbubble to go public, and now it’s about pursuing the company’s lofty global ambitions.

“As a country we haven’t had a lot of success with consumer-facing tech companies so now it’s about continuing to seize the opportunity before us on a global basis and continuing to improve on the dynamics of the marketplace.

“We have an ambition to create a truly substantial global consumer tech company out of Australia. That’s where our aspirations lie.

“We want to be a leader in this space and to set a path that others can follow.”

Redbubble closed a $12 million pre-IPO round led by Blackbird Ventures to give the company “flexibility” during the listing process, following a $15.5 million funding round last year.

The Melbourne-based tech company now has 158 employees and facilitated $80.6 million worth of transactions in the last half year, with 1.25 million purchases made through the site.

Despite being prepared for a long haul, Hosking says it was still surprising how much work was involved with the public listing, and advises other young startups to lay the groundwork early on.

“As a company we had already put in place good governance, but the level of work above that was high,” he says.

“I don’t think the IPO would have been possible if we hadn’t done all that pre-work.

“It’s good for companies to continue to improve on their governance structures and continue to recognise that it’s important.

“In the early days you’ll have an enormous degree of variability and that’s absolutely fine, but you still need to be thinking about it.”