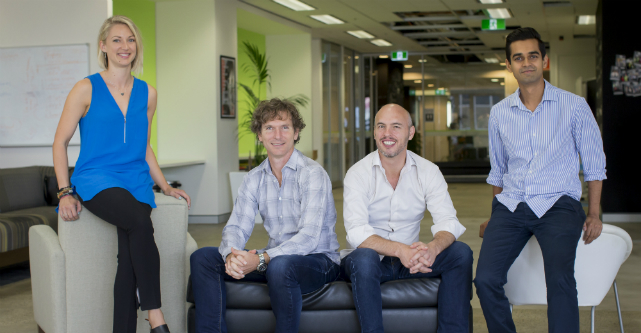 Sydney-based venture capital firm Reinventure has closed a $50 million fund with the backing of big four bank Westpac as it continues the hunt for the most promising Australian fintech startups.

It is the group’s second $50 million fund and sees Westpac double down on its support for the local fintech sector.

Reinventure co-founder and managing director Danny Gilligan says the close relationship with the corporate bank made the process of raising capital very smooth.

“For VCs the second fund is always the hardest because you don’t have any exits at the time,” Gilligan tells StartupSmart.

“But we have a great relationship with Westpac and it has strengthened as we progressively get more confidence.”

Gilligan says Reinventure will continue to make seed and Series A investments in startups that could work with Westpac in developing their business and scaling rapidly, and that are also led by “great entrepreneurs”, have market traction and the ability to dominate a market.

“There won’t be a major change in our investment strategy, but we’re certainly cognisant of the changing nature of the financial services tech landscape and how technology is impacting other industries as well,” he says.

“We’re following the trends and changes that we’ve seen and finessing rather than changing.”

Reinventure’s first $50 million fund was launched in early 2014, and he says the fintech sector today is virtually unrecognisable from that time.

“There’s been a huge change in both the quality and quantity of ventures in Australia over that timeframe,” Gilligan says.

“When we proposed our fund to Westpac in mid-2013 fintech wasn’t a word.”

The VC firm’s first fund investment in 10 Australian startups including PromisePay, SocietyOne, Data Republic, Valiant Finance and Hey You, and Gilligan says all signs are positive with the portfolio companies.

“They’ve all continued to receive follow-on support from other investors,” he says.

“Venture capital is a long game so it’s hard to measure when you’re a quarter of the way through the race but there are great signs and we’re confident with how it’s going,” Gilligan says.

For the big bank, the fund is an opportunity to forge partnership with local entrepreneurs in order to make the banking process smoother for customers, Westpac chief strategy officer Gary Thursby says.

“The Australian fintech industry is developing rapidly and we continue to be impressed by the quality of the talent, ideas and technology that exists in the startups,” Thursby says.

“Our vision is to be one of the world’s great services companies and we believe the adoption of new customer-focused technology is an important step in achieving this goal.”

The year of venture capital

In June Rampersand announced its new $50 million fund to support the next generation of Australian founders and entrepreneurs.

In May tech advisory group StartMesh revealed it was aiming to raise a $20 million startup fund, the Aura Group set out to secure a $30 million fund and CapitalPitch unveiled its $10 million “hybrid” fund.

Signal Ventures kicked off the year of VC by announced its $10 million fund, while the $20 million Dragon Egg Fund was launched to specifically help Aussie startups break into the China market.

The Reinventure Fund 2 is set to make its first venture announcement in the coming week.