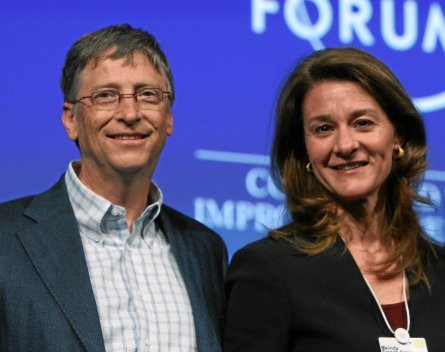 Bill Gates has set entrepreneurs an unusual but potentially lucrative challenge: create a “next generation” condom in return for US$1 million in funding.

The prize is part of Grand Challenges Explorations, an initiative of the Bill & Melinda Gates Foundation. The grant program funds solutions aimed at improving the lives of the world’s poorest people.

The foundation is currently accepting applications for round 11 of the program, with US$100,000 grants available for a number of topics, including the development of “the next generation of condom”.

On top of the initial US$100,000, projects that demonstrate potential will have the opportunity to receive additional funding of up to US$1 million.

“Condoms have been in use for about 400 years yet they have undergone very little technological improvement in the past 50 years,” the foundation says.

“The current rate of global production is 15 billion units a year with an estimated 750 million users and a steadily growing market.”

“Condoms have almost universal product recognition. There are few places on earth where condoms are not recognised or not available.”

“We are looking for a next generation condom that significantly preserves or enhances pleasure, in order to improve uptake and regular use.”

According to the foundation, proposals must have a testable hypothesis, an associated plan for how the idea would be tested or validated, and yield “interpretable and unambiguous data” in phase one in order to be considered for phase two.

Examples of work that would be considered for funding include the application of safe new materials that may preserve or enhance sensation, and the development and testing of new condom shapes or designs that may provide an improved user experience.

In addition to the condom project, topics for round 11 include improving data for social good, and harnessing commonalities between human and animal health.

The Gates Foundation, along with an independent group of reviewers, will select the most innovative proposals, and grants will be awarded within approximately four months from the proposal submission deadline.

“Inspiration can come from anywhere and we are hopeful that this new round of Grand Challenges Explorations will uncover innovative approaches to improve lives around the world,” Wilson said in a statement.

Since launching in 2008, Grand Challenges Explorations has funded more than 800 grants in 52 countries.