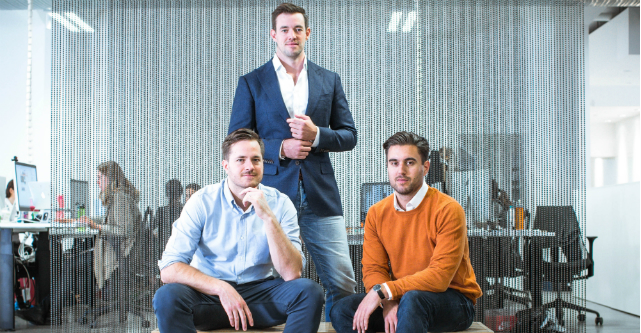 A Sydney startup offering a platform allowing users to score flight upgrades just minutes before boarding has secured $1.2 million in seed funding round as it prepares to get its service off the ground.

Seatfrog is a mobile service allowing users to bid in eBay-style auctions for empty business or first class seats on flights right up until boarding time.

If the users makes the winning bid, they can pay through the app and are issued a new boarding pass that can be scanned digitally at the departure gate.

The seed funding comes from London VC firm HOWZAT Partners, renown for backing Trivago, a company that was later acquired by Expedia for $US1 billion.

Backing from such a large player serves as validation for the Seatfrog team, CEO and co-founder Iain Griffin says.

“They just invest in travel so they know travel inside and out,” Griffin tells StartupSmart.

“And they only invest in a handful of startups.”

“I wouldn’t say I was aggressive or active in finding people,” he says.

“Ultimately we just grew our network. It just happened organically.”

Griffin first came up with the idea for the platform after scoring a free seat upgrade himself and realising that airlines were missing out on the chance to generate revenue from the empty seats he was surrounded by.

The startup is still pre-launch, with Griffin saying he hopes to unveil the app later this year but can’t disclose which airlines have signed on yet.

He says the platform is easy to use for any travellers, with users able to enter their flight details on the app after purchasing the tickets and will then be notified if an upgrade is available closer to check in time.

“The ultimate vision is that we make upgrading effortless for passengers all over the world,” Griffin says.

“At the core of Seatfrog is simplicity.”

The startup has the support of some industry heavyweights, with former Qantas international CEO Simon Hickey joining Seatfrog’s advisory panel.

“Seatfrog is undeniably ahead of the curve,” Hickey says.

“Seatfrog brings a level of intelligence and capability we haven’t seen before and I’m excited to see them drive innovation with airlines.”

The diverse board filled with experts in aviation and finch will be crucial to Seatfrog’s long-term success, Griffin says.

He says this diversity also extends to the startup’s co-founders.

“We have a very complementary skill-set and a very different skill-set,” Griffin says.

“This enabled us to build Seatfrog from the ground up.”