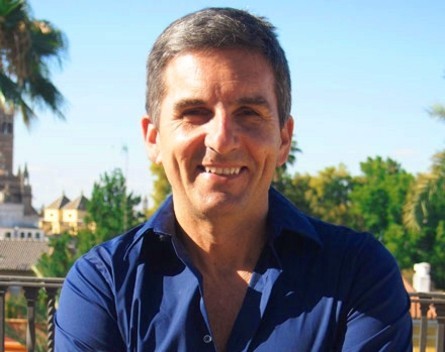 Former tech executives Daniel Petre and Craig Blair are planning to use the $60 million they’ve raised for their AirTree Ventures Fund to support the growth of 15 local technology startups.

While it was revealed Petre, a former Microsoft executive, and Blair, formerly of Expedia, were seeking to raise $50 million from private investors earlier this year, the duo said today they decided to extend the fund to $60 million and closed the fundraising early after attracting “significant interest from investors”.

“We were surprised at how quickly it happened and how quickly we met the target,” Blair told SmartCompany. “I think it is a function of investors realising that technological disruption is not going away any time soon, we’re just starting, and that venture capital is not broken.”

Blair says AirTree will invest between $2 million and $5 million in up to 15 technology businesses over the next three to four years.

He says the businesses chosen by AirTree will likely have already received some seed funding, and AirTree will provide their first professional round of funding.

“We’re looking for businesses that, broadly speaking, are using the internet to disrupt the digital market,” says Blair, who says the retail, media, finance and online marketplace sectors will be among the area AirTree looks closely at.

“We are quite agnostic there and we’re not necessarily looking for the next big global players to come out of Australia,” he says.

Blair says AirTree is looking for companies which have already gotten some “traction” and which understand their KPIs and the direction they are heading in.

“With the explosion of incubators and accelerators around the country, they are spawning dozens and dozens of companies, and not all of them will make it,” says Blair. “But the ones that do emerge who have their product and team right, we want to be the guys to help them.”

AirTree does not have a strict timeline for when its first investment will be made, with Blair saying “it’s more important to make the right decision rather than a fast decision”.

This is not the first time Petre and Blair have partnered to invest in new businesses, having previously run the Netus investment fund along with eBay Australia managing director Alison Deans, which invested in nine companies over six years.

AirTree is the third investment fund for Petre, who established and later sold Ecorp, which invested in eBay Australia and ninemsn.

“The Australian startup space is expanding significantly with a wide variety of accelerators and incubators helping bring more companies on stream than ever in the past,” said Blair in a statement.

“AirTree will complement this effort by being able to commit growth capital to the best of this new class of ventures. Great startups, once they have worked out what their product or service offering is, need the capital to fuel growth but they also need investors who can bring proven experience in helping to build successful companies. We feel this combination of funding and expertise is something that AirTree can provide.”

But while smaller startups will likely welcome the presence of the AirTree fund, the announcement of the fund did not impress some members of the startup community earlier this year.

“This isn’t a breakthrough,” Nitro co-founder and chief executive Sam Chandler told Private Media in March. “We still need more later-stage funding from funds in the $200 million plus range who can invest more like up to $20 million over the lifetime of the investment.”