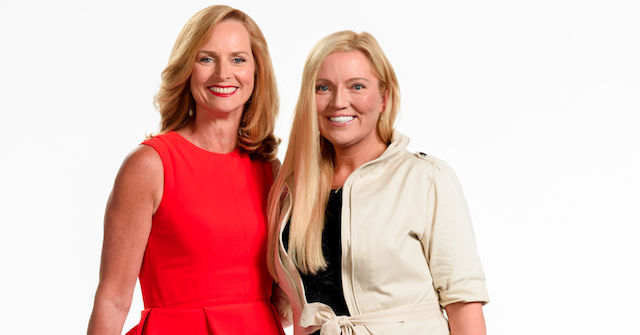 On Thursday night’s episode of Shark Tank, the sharks adjusted their auras and attempted to divine the future of Jen Lawrence’s spiritual guidance website NewAgeStore.com.

Seeking an investment of $100,000 in exchange for 10% equity in her business, Lawrence had an uphill battle to convince the sharks of the merits of her business, which provides automated tarot card readings and other services such as daily horoscopes.

NewAgeStore.com was founded in 1999 by Lawrence, initially starting out as an e-commerce store selling various spiritual items such as crystals and gems.

These days, Lawrence’s website attracts 16,000 unique visitors every day and six million page views every month, and Lawrence told the sharks the website only required her attention for on average, two minutes a month.

With this sort of traffic, Lawrence tells SmartCompany she did what she could to prepare for the post-episode influx of users businesses often see after their time in the tank is broadcast.

“We’ve load-tested it, but our servers are based in America and I wasn’t sure how we’ll cope with so much Australian traffic,” Lawrence says.

Since the pitch, NewAgeStore has been growing with the help of shark Naomi Simson, who invested $100,000 in the company for a 20% stake.

“Naomi and I have a lot of things in the works, she’s an absolutely amazing mentor,” Lawrence says.

“I’ve definitely started to spend longer than two minutes a month working on the site.”

Despite starting the store in the dotcom boom of the early 2000s, Lawrence says there were a number of hurdles she was forced to overcome in the early days.

“Because we initially sold physical products, trying to convince banks to accept credit cards over the internet was difficult,” she says.

After running NewAgeStore under that model for seven years, Lawrence says she realised the business model “wasn’t great”.

“My partner at the time read about [Google] AdSense, and convinced me to trial it on our website,” she says.

“On the first day I made three dollars which was so exciting. I realised that if I earned three dollars a day I could easily cover the $75 a month hosting costs.”

Since 2006 the website has gone through few changes, although Lawrence has added different tools such as psychics and cartomancy.

Looking to the future

Lawrence does not currently charge for business’s services, but sought investment from the sharks to help her introduce a payment model.

She says those plans have changed slightly since partnering with Simson, but she is still considering it.

Lawrence felt her Shark Tank pitch went well, but says she was not there to “make the deal of the century”.

She was happy with the deal in the end, despite wondering if she should have negotiated a lower equity stake.

“I like to look at it in the terms of the value that Naomi brings, you can’t put a price on experience,” Lawrence says.

“A little bit of negotiation might have been good, but I’ve never been the best of friends with numbers.

“Naomi is fantastic, and I admire strong female business leaders.”

Lawrence says she would have been interested in an investment deal from shark Steve Baxter, as his technology contacts and information could have helped the business.

However, Baxter was the first to drop out of the negotiations, calling NewAgeStore’s services a “load of hocus pocus.”

“We’re just continuing to grow and share the message of love and hope, I want to share this to as many people I can in the world,” she says.

Lawrence’s advice to other entrepreneurs is all about customer focus, recalling a mistake she made in 2007 that significantly lowered her user base.

“We rolled out a new site design, and a lot of my users were passionately against it,” she says.

“I ignored them and kept the changes, and it took us seven months to build the user base back to what it was before the changes.”

Lawrence says experience has made her realise that customers will determine how well your site does.

“If content is king, then listening to your customers is queen,” she says.

Lawrence believes anyone could have done what she did, saying its “not smoke and mirrors”.

“If you have something you’re passionate about, just get out there and start producing content about it,” she says.

“Feel the fear and do it anyway.”

Also appearing in the tank last night was safety eyewear brand New Eye Company, which received a three-way investment from Baxter, Andrew Banks and Glen Richards worth $150,000 for a combined 30% equity stake.

The other business to catch a shark was online health business Supercharged Food, which scored a $100,000 investment for a 35% equity stake from shark Janine Allis, along with loan of $100,000.