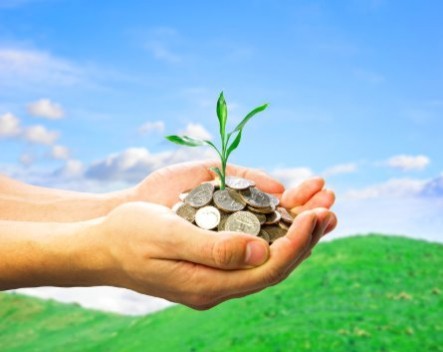 The National Commission of Audit report’s contention that government support of startups provides no real benefit to the community is flat-out wrong, according to a number of startup industry figures and two major reports into the industry.

“It’s a very short-sighted view and there isn’t any logic behind it,’’ he says.

“They’re essentially saying that the thousands of jobs created through startups and technology have had no impact on the economy.”

“The verdict’s been in for quite a long time, a startup, as long as it’s a high growth potential venture and not a lifestyle business, is a net creator of jobs,’’ he says.

Last month peak not-for-profit StartupAUS released its report Crossroads: An action plan to develop a vibrant tech startup ecosystem in Australia which highlighted that startups play a big role in job creation – three million new jobs are added to the US economy each year by new firms, while existing firms lose a total of a million jobs per year.

The Crossroads report noted Harvard professor of economics Ricardo Hausmann’s observation that Australia has “an amazingly primitive export basket”, which he says will lead to Australia becoming one of the worst performers in the region in terms of GDP growth.

StartupAUS board member Bill Bartee, who is also a co-founder and managing director of Blackbird Ventures and Southern Cross Venture Partners, believes the commission is taking the wrong position.

“Well I don’t know where they’ve been or where they’re getting their data,’’ he says.

“It’s pretty clear when you look across the OECD and the US that there’s been lots and lots of job growth from startup and tech companies that build real businesses.

“The eBays of the world, all of these very, very large tech companies that drive the US economy in a lot of ways were once very small companies.

“It’s not as if the government is assisting a dying industry.”

artee says he’s a firm believer in the need to support tech startups by providing capital, both human and financial.

Last year, The Startup Economy, a report commissioned by Google and carried out by PricewaterhouseCoopers, found high-growth tech companies have the potential to contribute 4% of the Australia’s GDP by 2033 while adding 540,000 new jobs.

The commission’s recommendation that the government abolish Commercialisation Australia and the Innovation Investment Fund would leave Australian startups in a weaker position, says Dale.

“Do they benefit? The answer is yes, these programs are putting experience, talent and money into the startup ecosystem,’’ he says.

“Are they perfect? No. Do they help? Yes. Does taking them away have an impact? Yes, absolutely. Are they the best way of reducing barriers startups and early stage ventures face? Probably not.

“All programs, all solutions can be improved, but we have programs at the moment that are functioning, providing benefit – so don’t turn off the tap.

“The two years it will take to design, approve and implement a new program, that’s two years of lost opportunity.’’

Startup Victoria CEO Lars Lindstrom added to the chorus of startup community voices speaking out against the Commission of Audit’s recommendation.

“In our view CA (Commercialisation Australia) has been doing a good job and the IIF(Innovation Investment Fund) structure of government matching investment 1:1 mirrors successful initiatives elsewhere such as in Singapore,’’ he says.

“I don’t agree that it’s as simple as saying ‘finance can be acquired from the private sector’, VCs have had poor returns and therefore funding is in short supply.”

“It may be short-term cost-saving but in the long run it would be highly damaging to the Australian economy.’’