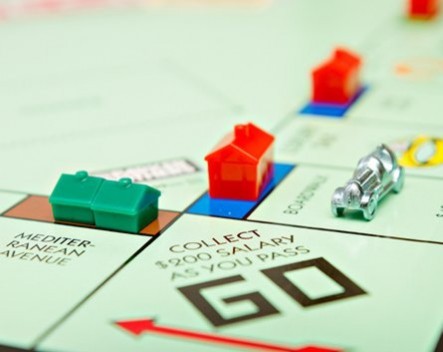 SiteMinder co-founder and chief executive Mike Ford told StartupSmart their experience and this breakthrough was a sign of the considerable increase in attention Australian tech start-ups are now receiving from major US venture capital firms.

“There has definitely been an upsurge in interest from the US funds. When we raised our series A round ($5.5million from Bailador) just 18 months ago, the US market didn’t seem as interested. But several funds have reached out since then, which is exciting for the Australian tech company community,” Ford says.

Launched in 2006, Ford says SiteMinder was bootstrapped and built on only $2 million of angel investment for the first six years.

With its head office and 105 staff in Sydney, 70 in the United Kingdom and 12 in Bangkok, Ford says their major challenge in global expansion has been overcoming how far away Australia can seem to international hotel power players.

“The challenge of going global with our technology was getting people over the idea we’re sitting on an island somewhere. To establish a global brand from Australia took a bit of work. We had to plonk ourselves down right in the middle of those markets, so we could turn up and show face,” Ford says.

The funds will be used for product development, as well as consolidating and growing their global presence, entering the US market and setting up an office in Dallas.

“Dallas is the last piece in the puzzle of our ‘follow the sun’ strategy,” Ford says. “Our target market is global accounts, so we’ve got all kinds of time zones and language to contend with. Between our three offices and now Dallas, we’ll be available 24/7.”

SiteMinder launched its series B fundraising round last year to ensure it could grow quickly in the coming years, despite having surplus capital.

“We hadn’t burned all the Bailador cash, but we decided to bring the money on now because the next two years are the critical point in hotels adopting this kind of technology,” Ford says.

“Several consumer booking applications are pushing quite aggressively into the US market, and hotels are rapidly adapting to this tech and we want to be front and centre of that movement.”

“Australia has a wealth of pragmatic entrepreneurs who are attacking global markets with compelling products and SiteMinder is a great example of this,” he says.

“We have been following SiteMinder for a number of years and have been impressed with the company’s rapid growth, market-leading product development, and a strong, talented team. As a pioneer, SiteMinder’s culture of innovation is unparalleled. We are excited about this partnership and look forward to working with SiteMinder in continuing its global expansion.”

This is TCV’s first investment in an Australian company.