Six tips for pitching to investors from a startup founder that just scored more than $300,000 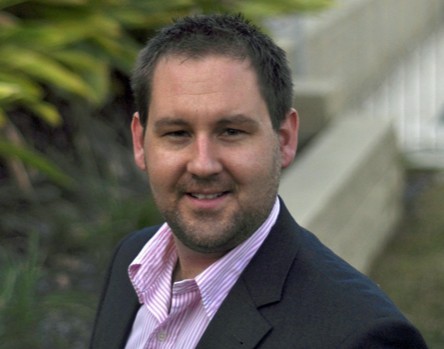 Founders need to excite investors and show they can take them on a memorable journey to secure funding, Grapple founder Christopher O’Halloran says.

The Brisbane startup, offering a tool to help business managers automate project documentation, has just secured a seed round of $315,000 from angel investors in Brisbane, Melbourne and Hong Kong.

“They’re doing it for a bit of excitement,” O’Halloran tells StartupSmart.

“It opens up a bigger network in the second round.”

Their main goal now is to bring Grapple closer to its real vision by executing key marketing and business development aims.

They also plan to approach more investors in Asia and the US.

The journey to securing funding has been a long learning curve so O’Halloran shares a bit of advice for fellow startups raising capital.

O’Halloran says securing their first major round of investment came from being proactive.

“We pitched at every event we could,” he says.

When pitching recently to Brisbane Angels, many were familiar faces from RiverPitch where they presented back in 2014.

“Investors can put you in touch with other investors,” he says.

Actively meeting and connecting within the industry led to a chance meeting with a Hong Kong investor in Indonesia.

Because of pitch practice, O’Halloran was well prepared to sell Grapple.

“I gave him a three minute pitch and he basically invested on the spot,” he says.

3. Think about what each investor will ask

“Every investor has their own questions,” O’Halloran says.

If your investor is familiar with your industry, they’ll want to see how your idea can work for them, he says.

Their Hong Kong investor, an events company, was able to clearly see the problem Grapple was solving.

“He knew first-hand the pain of good project documentation,” he says.

With investor events, O’Halloran says questions were focused on whether they could deliver on their promises and sell their idea.

“We proved we could by bringing on key customers in our beta program,” he says.

Getting a realistic valuation was also critical.

4. Show progression at every pitch

Every round, they implemented feedback so they could demonstrate momentum.

“We showed progression with what we’d done since we last saw them,” he says.

This included steps like brining in key customers and signing agreements with industry associations.

“We de-risked a lot of things and kept on moving forward,” he says.

“In our first pitch, we practiced for 30 hours straight in front of a video,” he says.

Though commended on a strong delivery, the scripted approach caused investors to be wary.

“They said, ‘we thought you guys were actors and we didn’t know if you were the real deal’,” he says.

“You can’t do that if you’re reading off of a script.”

6. Get investors excited about you

“You don’t raise money on a pitch, you raise money when you’ve built a relationship,” O’Halloran says.

He says investors want to work with people that will take them on an exciting journey.

Though, at times it can feel like you’re on Shark Tank.

“I’m a confident presenter with things I know but pitching to a room full of investors that don’t laugh at your jokes can be quite intimidating,” he says.

O’Halloran recalls one of the best tips he received from an investor.

“Investors see pitches all the time,” he says.

“What you want to be is the startup they want to talk about at a barbecue.”

Tune into SoundCloud for more tips on getting investor-ready.