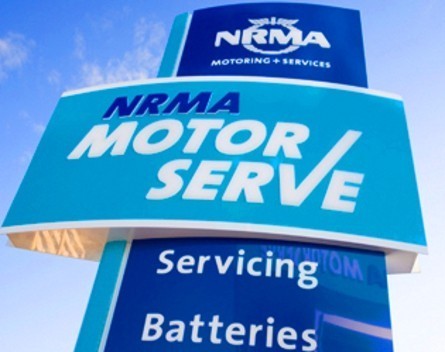 Startup accelerator Slingshot, in partnership with the National Roads and Motorists Association, has launched Jumpstart, a new accelerator program that is looking for smart services, connected cars, connected members and member lifestyle startups.

The 12-week structured program will take on 10 startups and offer $30,000 in seed funding in exchange for 10% equity, potential access to more than 2.4 million NRMA members, and workspace at hubs in either Sydney or Newcastle.

In addition, it will also take on four “scale up” startups, businesses which may have already secured investment and aren’t looking to give away equity to raise money, but are interested in entering a mutually beneficial arrangement with a company like NRMA.

The NRMA is the second large corporate operating in the roads and motoring space to turn to startups as a source of innovation in the past few months. Recently, the Royal Automotive Club teamed up with Perth-based co-working space Spacecubed to launch RAC SeedSpark, an accelerator targeting similar startups with similar benefits.

Slingshot co-founder Craig Lambert says it’s natural for companies like NRMA to look to startups as a way to innovate.

“Like a lot of companies in this space, they want to know how to best approach innovation internally,” Lambert says,

“Companies are reaching out to startups to be proactive. They’re being disrupted. It’s happening across most industries. They have an understanding of what they’re good at, they’re good at scaling. But in terms of those seed ideas, that real disruptive way of thinking, it’s probably not in their DNA.

“Supporting startups is cost-effective, quick, and pretty painless because you’re not displacing people internally. And it gives them someone to cheer on. We’ve certainly found from working with NRMA that their engagement has been surprisingly strong.”

NRMA Group chief executive officer Tony Stuart says the company sees itself as a facilitator, nurturing business that could potentially be commercially and strategically relevant to its members in the future.

“We want smart thinkers that need help launching their business idea,” he says.

“We want ideas that can be cultivated and converted to provide future member services and benefits and we are prepared to put our money into helping these businesses grow.”

Submissions to the jumpstart program opened on Monday and close on Friday, November 14. Successful applicants will join the program for 12 weeks from December 1 to March 13, 2015.

Companies will have the opportunity to then be incubated for a further three months.

The program will be holding presentation evenings to introduce Jumpstart to interested startups in Sydney on October 14, Melbourne on October 15, Brisbane on October 16, and in Newcastle on October 17. For more information and to apply, visit www.slingshotters.com.