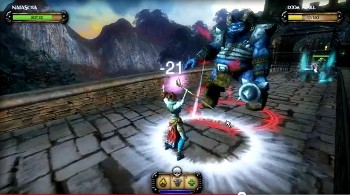 Melbourne-based gaming start-up Scalify is set to rapidly ramp up its growth after receiving a $2 million investment from Starfish Ventures.

Starfish, which is Australia’s largest venture capital company, has taken an undisclosed stake in Scalify, which was launched in February 2010.

The business was hatched within NICTA, Australia’s national ICT centre of excellence. It’s anticipated Scalify will strike deals with major games publishers, ahead of expansion into the US, UK and Asian markets.

Founder Steve Telburn, who will stay on as CEO of the business, says: “We were speaking to Starfish before we’d even started. It’s always a good idea to start that kind of relationship early.”

“As a start-up, if you can have an ongoing process prior to raising money and then come back to show you did what you said you’d do, that’s great validation.”

“We expect things to grow quickly, but as we’re starting from humble beginnings, it’s hard to quantify that growth. We are very much below the radar at the moment, so our sales and marketing activity will need to increase.”

Tony Glenning, Starfish’s investment director, says that Scalify was well placed to cash in on a large and growing online gaming market.

“The tech team there have made the breakthrough, they have patents and they have the chops to do something big with this,” he says.

“We follow a number of companies within NICTA and outside. Scalify has been on our radar for some time and once they cracked the problem of peer-to-peer, it was very interesting to us.”

Over the past year, Starfish has made a number of notable investments in tech start-ups, including DesignCrowd, StyleTrend and BugHerd.

Glenning denies that the VC firm is being forced to raise its game due to the arrival of a raft of start-up incubators, such as Startmate, AngelCube and PushStart.

“We like investing in good companies and Australia has got some great entrepreneurs,” he says. “It’s a growing area and there are some great opportunities out there.”

“I don’t think we are reactive to the incubators and accelerators. They do their thing while we’re in a slightly difference space, where we are investing $1 million-plus. But there is a much richer field to tap into now.”