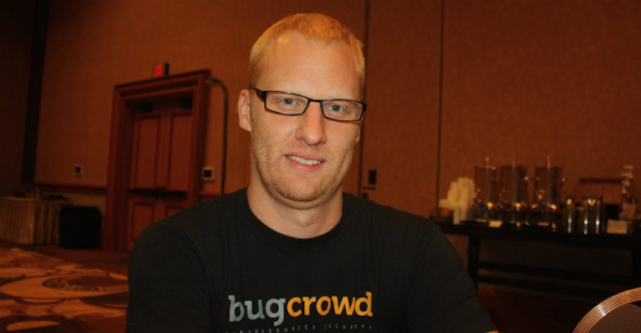 A startup that was created over beers and laksa and went through Sydney’s Startmate accelerator program has closed a $19.2 million ($US15 million) Series B round as it looks to continue its rapid global growth.

The investment in crowdsourced security platform for enterprise Bugcrowd was led by Australian VC firm Blackbird Ventures, with existing investors Rally Ventures, Costanoa Venture Capital and Paladin Capital Group participating in the round along with newcomers Salesforce.

The startup, which helps customers to uncover and resolve security flaws in their products through a network of 27,000 vetted security researchers and hackers, relocated from Sydney to San Francisco in 2013 after closing a $1.3 million funding round.

“We started Bugcrowd with the mission of connecting the global security researcher community to the security market, and the past three years have been focused on building a safe, trusted, easy-to-use platform that can achieve massive scale,” Ellis says in a statement.

“”Hackers and companies desperately need each other but are historically terrible at getting along, and our success positions us ahead of the incredible opportunity to change that.

“We are looking forward to what the future holds here at Bugcrowd, and are incredibly proud to take a scrappy, innovative startup – born in the blossoming Australian startup scene and brought to Silicon Valley – to even greater heights in 2016.”

Australian startup advisor and investor Alan Jones recalls in a LinkedIn piece how the initial idea for the startup was formulated.

“In 2012 Casey Ellis started buying me the occasional laksa and a beer to bounce a few ideas off me,” Jones writes.

“I don’t remember how many laksas before he pitched the idea behind Bugcrowd but it was immediately clear he was on to something.”

Ellis then applied for Startmate, and has now successfully attracted a total of $US24 million in funding for the idea.

The company has now enjoyed 10 consecutive quarters of consistent growth, and a 200% growth in bookings year-on-year.

Its service is used by the likes of Tesla, Motorola, Fitbit and TripAdvisor.

Blackbird Ventures co-founder Niki Scavek says it’s exciting for a local VC firm to be leading the large round.

“We’re incredibly proud to become a more substantial partner to one of the great Australian-born startups to emerge in the last decade,” Scavek says.

“Casey and his team are fundamentally changing the way the good guys can fight the bad guys in an online battle that is becoming increasingly important in our digital age.”

This is a sentiment shared by Jones.

“I love that this round is led by Blackbird Ventures, the VC fund Niki Scevak, Rick Baker, Mike Cannon-Brookes and Bill Bartee built in part on the early success of the same Startmate accelerator program Bugcrowd took its first baby steps in,” Jones says.

“It’s not that long ago we were all complaining about how Australia’s VC industry was too small to lead a Series B round.

“While raising capital isn’t the end goal, it’s usually necessary to scale faster than your competitors, prove out your model and provide services customers love.”