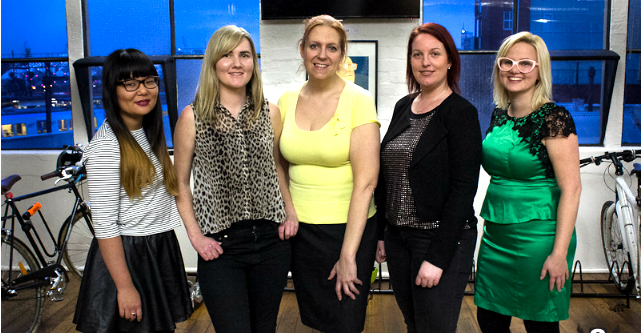 A Melbourne startup that moved to Queensland and was later rejected by the state government for a local grant has called for more transparency and better communication in this process.

Girl Geek Academy, founded by Sarah Moran and four other entrepreneurs, aims to teach a million young girls how to code and create startups, was lured to the Sunshine State with the hopes of receiving an Advance Queensland grant.

“We wanted to make the most of some of the incentives the Queensland government announced to jumpstart the startup ecosystem,” Moran tells StartupSmart.

“Three of our co-founders are QUT alumni and our career interest in tech startups and game development was ignited in Brisbane.

The Queensland government has made a big push recently to be viewed as the “startup state” with several initiatives aimed at enticing interstate and international startups to base their operations in Brisbane.

This includes the $300,000 Startup Queensland fund which offers tech companies that “build the capability of the local startup community” up to $25,000 in funding.

To be eligible, startups had to be not-for-profit, have a “broad impact” on the Queensland startup community and deliver “practical information, advice and networking opportunities”.

Moran had high hopes that her company fit the bill perfectly.

The startup, which launched Australia’s first all-women hackathon She Hacks, planned to run its Girl Geek Getaways gathering in Queensland, allowing women to share their knowledge, develop skills, and connect and collaborate.

But Moran says Girl Geeks was quickly rejected by the government, and received only a brief, stock letter with little information regarding the reasons behind the decision.

“When you reject someone you can do it in a way that inspires them to do more,” she says.

Moran decided to contact the state government to receive more information about the decision and to find out if a startup aiming to do something similar had received funding.

Now the entrepreneur is calling on more transparency in the government grant process.

“The government doesn’t have to be the ecosystem builder,” Moran says.

“What we need is their support and being able to communicate with each other.

“If there’s going to be lots of layers of red tape then we may as well be located anywhere there’s red tape.”

A spokesperson for the Queensland department of innovation says the competition for this funding is tough and pledged to more the rejection process more open.

“Funding for Startup Queensland is highly competitive,” the spokesperson says.

“The department notes the applicant’s feedback on the letter and will take this into account for future correspondence.

“The department is happy to work with unsuccessful funding applicants to provide feedback on their application and to assist with any future applications in order to ensure they meet the criteria.”

The spokesperson says 77 applications were made for this funding round since July last year, of which 20 have been approved. The next funding round will open next month.

Despite failing to receive the funding, Moran says she doesn’t regret moving her startup to Queensland, saying she has had “positive experiences” with the likes of River City Labs and Creative Enterprise Australia.

Girl Geek Academy will be launching events in Melbourne soon and are planning a She Hacks event for July.

“Our events sell out within 24 hours of launching,” Moran says.

“Our aim is to increase the number of women building the internet.”