How Startup Victoria is turning pitch nights upside down 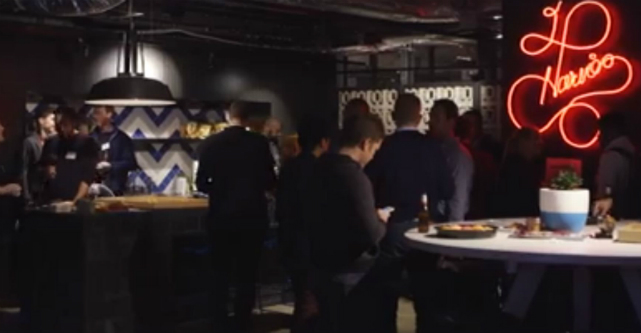 An event run by Startup Victoria last month saw the usual pitch night turned on its head, with investors pitching themselves to a room full of founders.

“The value was really about bringing those two communities together and in a more informal sense,” Anbeek tells StartupSmart.

The event is designed to mimic the exposure and excitement of pitch nights while eliminating the stress for founders in getting seen by investors.

Instead of tireless pitching rehearsals, founders are matched with leading investors to talk shop, ask questions and build their networks through casual conversation.

One of the main aims of Unpitch is to spark new relationships with investors so founders who may not even be ready for external funding yet will be well networked when that time comes, Anbeek says.

Unpitch was held in partnership with CHE Proximity’s business development unit Spotfires, where the event was held.

Anbeek says Startup Victoria board members assessed more than 200 applications before 69 people were selected to participate.

Cardly co-founder Patrick Gaskin was one of them.

“We’re still at the pre-funding phase, but at some stage soon we will need help getting the consumer product up and running and one avenue we’re exploring is investors,” Gaskin tells StartupSmart.

“It was an awesome opportunity to have really candid conversations with investors and understand what they’re after, outside of a really pitch-y environment.

“We came away with some great contacts and an extra hop in our step from knowing that our idea was really well received by the people we spoke to.”

Anbeek says he was also very enthused by the rising focus on impact-driven startups at this year’s Unpitch, with Impact Investing Australia coming on board.

“You could see there were a number of investors and founders interested in impact,” he says.

“They’re looking for businesses with commercial and for-profit objectives that are creating a better world by growing.”

Startup Victoria plans to run Unpitch on a bi-annual basis with the next one taking place later this year.

It will be open to startups of various maturity levels from those ready for serious funding rounds to others entering the market but planning into the future and making initial connections in advance.

“I would like to see a good mix of startups apply to the next one,” Anbeek says.