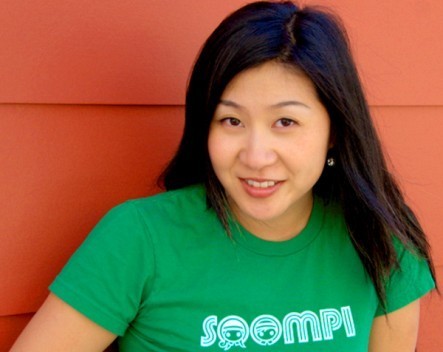 A new digital currency protocol called Stellar is taking the principle of “participatory democracy” and applying it to financial systems.

Its new digital currency, also called the stellar, launched just over four months ago, and sits atop all types of currencies, including both digital and fiat. Stellar is administered by Stellar.org, a non-profit organisation, which has made the software behind the currency open source.

It differs from other digital currencies in a number of ways. While bitcoin relies on the mining process for the development of new coins, stellars are produced by a fixed system, and unlike bitcoins, they will never run out. Stellar is giving away 95% of the currency for free from the outset, with 5% reserved for the organisation’s administrative costs. New coins will be added later at a rate of 1% per year.

While new bitcoins go to bitcoin miners, Stellar.org executive director Joyce Kim says one of the most exciting things about Stellar is the way in which new stellars will be allocated to users.

Kim spoke to Startup Smart ahead of her appearance at Above All Human in Melbourne next week. She explained that every week new stellars will be created, at a rate of 1% per year, and account holders will be able to vote for another account holder to receive new currency. Votes will be weighted by the amount of stellars an accountholder has.

Each week the network will identify the top 50 voted for accounts and the weeks allocation of stellars will be then be distributed. Kim says this could result in users banding together to split the profits themselves, creating new types of companies that offer free services to users in exchange for votes, and to the world being able to distribute money to charities in times of need.

“I have no idea what the division will be between those three models,” Kim says with a laugh.

One of the advantages of digital currencies is the ability to transfer money quickly and cheaply across national borders. Bitcoin users do this by purchasing bitcoins in their local currency, transferring those bitcoins to another individual, who then sells that bitcoin for the currency they desire, or uses the bitcoins themselves to purchase goods and services. The Stellar protocol allows users to exchange any currency for another currency, in one transaction, as simple as sending an email.

“What Stellar does for the whole world is it takes what would be a four layoff flight and turns it into a single connection,” Kim says.

“You can literally do remittances on Stellar without touching digital currency.”

That’s so long as a fixed market exists for that currency. Kim says there may not be such a market for some currencies. She gives the example of converting between the Kenyan Shilling and the Thai Baht.

“That’s where digital currencies whether it be stellars or bitcoins or others sit in the middle and be that link between the two,” she says.

Stellar is also looking to make the financial system more inclusive. Currently women are 20% less likely than men to have a formal financial account. A 2013 study suggested women account for just 5% of bitcoin holders. The organisation is running a number of programs to distribute stellars. One is a direct access program which educates people about how digital currency works and rewards them with stellars.

It’s also running what it’s calling an Increased Access program, which will focus on emerging markets, and those which have “yet to cross the digital divide”.

“The idea behind it is, the direct access program we have now, there’s x amount of people that are online, and then the next five years we expect that number to double in time,” Kim says.

“So if we actually did all our digital programs today, then about half the world will be left behind. So we wanted to have a secondary access program that will take a little bit longer (to give away stellars), that will be directed to countries or into the communities that are not online today.”

Stellar will also be giving away 19% of initial stellars to existing bitcoin owners. The organisation will take a snapshot of the bitcoin blockchain at a particular date. Then a claim website will be set up that will allow bitcoin holders to receive their pro-rate share of stellars by verifying they control their address from that blockchain snapshot. A user owning .001% of the bitcoins in the snapshots, would receive .001% of the stellars set aside for bitcoin holders. Bitcoin users will be able to start claiming through that program from early next year.