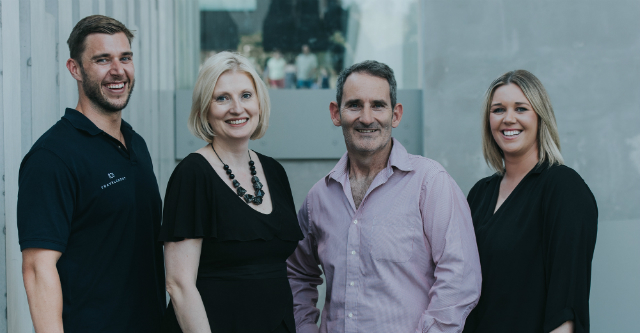 Shark Tank judge Steve Baxter has led a $500,000 investment in a Gold Coast startup that is taking on the global tourism industry by connecting photographers around the world with travellers.

“So on your holiday you meet with the local photographer and hang out for an hour or two, [then they] provide samples within 48 hours [you can select from to purchase].

“The global leisure travel space is a billion-dollar industry and I support this concept of capturing memories in a unique way. People [are] spending a lot more money on experiences and travel.”

Travelshoot launched just over 18 months ago and initially scored $10,000 in seed capital from Boost Juice founder Janine Allis in an Optus-sponsored online spin-off of Shark Tank, which aired on Ten Play, says Pearce.

Since then, Travelshoot has made its way to 75 destinations around the world, with New York, London, Paris, Bali and Sydney in its top markets.

In each location, Pearce says, a robust screening process is undertaken to ensure all photographers who join the platform align with its “premium product” offering. This involves a test shoot to assess not just the photographs created, but also the quality of the experience customers have during shoots.

By the time Travelshoot began meeting with major partners, Pearce says the startup could easily show the value and relevance of the product to the corporates’ customers, with a minimum viable product and client testimonials to serve as compelling evidence.

“[The partnerships didn’t come] through a personal contact or anything that we had, it was a traditional pitching process,” Pearce says.

“We had already transacted quite a few times.”

To help the startup to scale up operations to meet its end of these deals, Pearce says she and Jones decided to approach investors. This included including QUT Creative Enterprise Australia, which also participated in the funding round.

Pearce says the funds were raised on a pre-money valuation of $2.1 million.

“The assessments were made by quite a few investors based on capital we had generated to date, the IP we own and the scope of contracts,” she says.

Baxter said in a statement investing in Travelshoot was appealing as the startup is tackling one of Australia’s largest export markets: tourism.

“It is enviable to see two founders who have built the business to this point through their own personal funding, showing their adaptability and hustle to make things work even on tight budgets,” he said.

“We felt that Travelshoot had all the essentials on why we invest: a compelling value proposition; a clearly defined global customer market; strong evidence of customer traction; a clear execution plan; and above all else, co-founders who have the flexibility and resilience to navigate the business to scale,” Rooke said in the statement.

And Pearce had another cause to celebrate while raising capital and continuing to build the global startup.

“I was pregnant at the time,” she says.

“That was an interesting experience to go through and it was great to see that Steve Baxter and CEA saw past that.”