Startup supergroup TechSydney successfully raises more than $500,000 as it aims to create a world-leading tech ecosystem 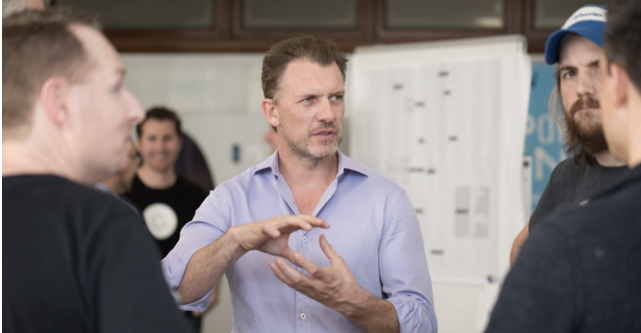 Tech supergroup TechSydney has successfully raised more than $550,000 via a crowdfunding campaign and has now set its sights on transforming Sydney into a world-class startup ecosystem.

Now, after a month-long campaign, the group has secured $564,401 in funding from early-stage startup founders all the way through to tech giants like Atlassian and Canva.

TechSydney CEO Dean McEvoy says the campaign’s success is more than he could have hoped for.

“I think it really showed the grassroots support for the TechSydney initiative among all stages,” McEvoy tells StartupSmart.

“We now have some resources to get started.”

On the top of his list is building out the city’s pool of talent for startups.

He adds that the organisation will also be figuring out how to capture smart people in corporate firms and great talent overseas.

“Diversity overlays all of that,” he says.

In the upcoming months, McEvoy says the group will be working to address and overcome these challenges to help create a more vibrant and representative startup community.

Another of McEvoy’s key priorities is to increase the amount of startup buzz and activity in the city.

“Anyone who has ever been in Silicon Valley will testify to the value of meeting people who can help you with your business so quickly,” he says.

“If we can build density of more startups in a particular location, it will not only help with the talent issue, it will help individual companies solve problems faster.”

As part of this, McEvoy will be using his connections to make inner city office space more accessible to new startups.

“We’ll interface between the [startup] industry and property industry so if five companies need five desks each, I can accumulate and aggregate that demand,” he says.

McEvoy will also be working more closely with big companies to get them better connected with the opportunities in high-growth tech companies and the startup sector.

“22% of our GDP is about to be disrupted by high growth tech companies,” he says.

“TechSydney offers ways to authentically connect with that disruption, we’ve started talking with [corporates] and are working with them to support these initiatives in upcoming months.