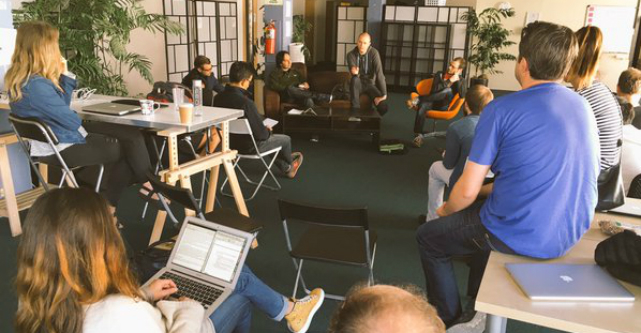 Sydney-based accelerator Startmate is set for its biggest program yet, increasing the amount of funding on offer and bringing on four new high-profile partners.

Participating startups in the upcoming five-month program will now receive $75,000 in seed funding in exchange for 7.5% equity.

Startmate founder Niki Scevak says these entrepreneurs have been brought on board in response to feedback from the accelerator’s illustrious alumni network.

“The big feedback in the last few years has been the startups saying that they get the most help from founders who are only one step ahead of them,” Scevak tells StartupSmart.

“Really successful people come with a perspective of trying to solve very different problems then what startups are facing.”

Applications are now open for Startmate’s next batch of startups and will close at the start of October.

Most of all the program is looking for a highly ambitious team, Scevak says.

“We’re looking for a really, really big ambition to do something meaningful in the world,” he says.

“They have to be aiming to be the best in the world, not just the best in Australia. They don’t have an exit strategy, they’re doing their life’s work.

“That’s the kind of founder who we’ve set up Startmate for.”

With a wealth of new accelerators and incubators launching in recent years, he says that Startmate’s focus on nurturing world-class founders is what sets it apart from the pack.

“It’s about the real long-term businesses that have been created,” Scevak says.

“It’s that focus on long-term businesses that matter. We really, really love technical founders – they might have zero business experience but are great technical minds or product people.

“We love working with those people and seeing them become great CEOs over time.”

Startmate launched in 2011 and now boasts an extensive alumni network, many of which have gone on to big things internationally.

“It’s incredible to reflect that just a few years ago they were the learner drives trying to create startups, and now they’ve created wonderful companies – they’re the formula one drivers now,” Scevak says.

“That’s the best moment for me as the Startmate founder, seeing these founders go up that steep learning curve and becoming great CEOs.”

“The Startmate network is the closest thing Australia has to the magic of Silicon Valley,” she says.

“It’s hard to underestimate that impact compared to moving at your own self-determined pace.

“Startmate’s mentors are the best of the best in terms of Australian founders. Being able to call on them, to learn from their experience, to seek their advice and to leverage off their networks is what makes Startmate so valuable.”

The Startmate team will soon be touring the country to search for its next bunch of founders, and Wong says this is crucial to make sure the right companies are selected.

“Our goal in getting out and meeting teams in other cities is to uncover the next great Startmate company,” she says.

“We don’t need huge volumes of companies; we just need a handful of great ones.”