Sydney entrepreneur scores $13 million investment from Alibaba after building a startup with $150,000 from past businesses 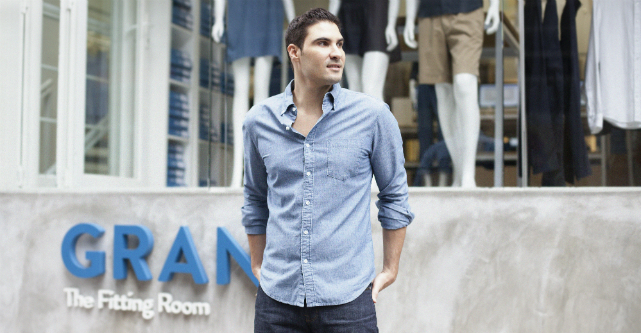 A Sydney entrepreneur that relocated to Hong Kong to launch a new ecommerce startup with $150,000 leftover from past busineses has closed a $13 million ($US10 million) funding round led by online retail giant Alibaba.

GRANA founder Luke Grana launched the direct-to-consumer ecommerce fashion retailer in October 2014 after moving to Hong Kong with $150,000 in savings from previous businesses in Australia.

The startup has since enjoyed continual 15% month-on-month sales growth and now ships to 12 countries around the world.

The large Series A round was led by the Alibaba Group under the Hong Kong Entrepreneurs Fund, along with existing investors Golden Gate Ventures and MindWorks Ventures.

The cash injection will be used to help the startup move into a new 18,000 square-foot warehouse in Hong Kong, along with plans to double the GRANA team to 100 staff and prepare to launch into the USA, China, Japan and South Korea next year.

Having Alibaba on board as a partner will help with all of these projects, Grana says.

“We’re really excited to have them as the lead investor,” Grana tells StartupSmart.

“We now get their ecommerce and technical advice on logistics and warehousing, and our China market entry.

“It’s a really exciting opportunity for us. This will make GRANA sustainable and will give us a lot of learnings and insights.”

Grana says discussions with the ecommerce giant began six months ago, and the potential of a partnership was immediately evident.

“From day one there was a lot of intent on both sides,” he says.

“They’re still a minority investor and don’t have any veto right. The founding team still has control.”

GRANA has the potential to be a big player in the online fashion industry, Hong Kong Entrepreneurs Fund executive director Cindy Chow says.

“GRANA has provided itself as an international ecommerce brand that uses a data-driven approach to optimise its business offering and create an excellent customer experience,” Chow says.

“They have a creative and energetic business culture which really strongly resonates across their omin-channel and is indicative through their rapid growth.

“It is a very promising startup and we are looking forward to building a long-term partnership.”

The startup is set to launch in the US, and will be establishing a pop-up showroom in New York along with a local team on the ground in the city.

Lessons from the past

Grana launched the company with Pieter Paul Wittgen in October 2014 with $150,000 in capital from previous businesses.

Grana, now 32 years old, has run four other businesses, and says he has taken many lessons from these previous ventures that have helped make his latest one a success.

“I’m still very much learning – there are some good lessons from the past,” he says.

“You need to hire really strong team members that don’t necessarily have the perfect skillset but have a similar culture.

“You need to be creating an amazing culture within the team – that’s the biggest lesson for me and something we’ve done really well at GRANA. We have a really strong startup mentality and startup business culture, and that’s really important.”

He says that product is key, above all else.

“We’ll only ever be as good as our product quality,” Grana says.

“A really big focus of our business is finding the world’s best fabrics. All of our products are of a really high quality and that’s done really well for the business.”

The entrepreneur decided to base GRANA out of Hong Kong due to the cost of shipping in Australia and logistics, but says the first year was a struggle.

“The first year was quite challenging, especially with moving away from my family and friends,” Grana says.

“It was just me for the first year with $150,000 in savings from previous businesses. I spent a lot of that on getting this business too. Raising the first seed round was really important to bring on key team members and get to that beta launch.

“The challenge was making sure that I could continue growing the business with the capital under I had proved the concept to raise the first round.”

After these initial challenges, Grana says Hong Kong has proved to be a great city to build a business in, and he advises other Aussie entrepreneurs to consider it when looking to relocate.

“I’d encourage other entrepreneurs to look at Hong Kong – it’s a really great place to build a build a business,” he says.

“Doing business here is actually quite easy and we’ve been able to raise capital and increase sales every month.

“We now have more opportunities and potential as a business, and that’s a testament to Hong Kong and the team we have. It’s a very exciting journey and now we can really increase sales and keep making customers happy.”