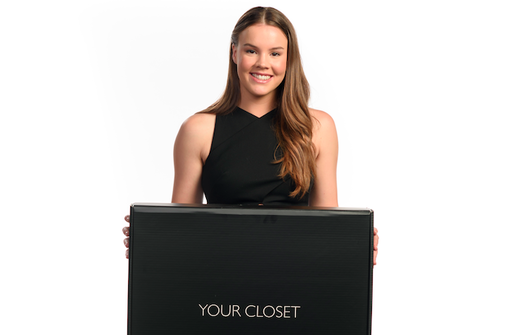 Dress rental service Your Closet was the only business to secure an equity deal with the sharks in Thursday’s episode of Shark Tank.

Founder Briella Brown locked in an $80,000 investment split between sharks Janine Allis and Naomi Simson, for a combined 30% stake in the business.

Your Closet is a luxury dress rental service, allowing women in Australia to rent designer dresses for events instead of purchasing new ones.

It aims to increase dress accessibility for customers, stating, “a beautiful product shouldn’t only be experienced through owning it”.

Brown told SmartCompany after Thursday’s episode, Your Closet saw a “massive boost” in both traffic and interest.

“We weren’t expecting many immediate rentals, as not all women have an event on this weekend,” Brown says.

“Our social media exposure grew exponentially overnight, I didn’t expect this much.”

Although Brown says she was nervous on the day of her pitch to the sharks, she says the experience was “priceless”, especially as she had never done something like it before.

The pitch went well, but one of Brown’s dress models fainted half way through, which gave her a minute’s respite.

“One of our models fainted, but thankfully Glen Richards noticed and ran up like a superhero to catch her,” Brown says.

“She’s fine now, but it actually gave me a second to take a break and catch my breath.”

Taking a few more breaths is what Brown wish she’d done during the pitch, feeling that she failed to explain herself properly a few times.

“I do wish that I’d taken a second before answering each question and just relaxed a little more,” she says.

“I think I didn’t properly explain how dresses get ruined, which could’ve made my pitch a bit clearer.”

Despite that, Brown says the deal’s due diligence period is over, and the business has been experiencing strong growth.

Your Closet experiences most of its sales in the June-December period, with a lull occurring towards the start of the year.

“Smart, lovely and a gun”

Following the investment, Brown says her company’s key focus is to increase its range of designer clothes.

Apart from offering larger sizes, which Brown wants to have done by the end of the month, the store will look to expand its rentable accessories range.

“We’re looking at establishing a solid backend, which has been a little bit difficult,” she says.

“This hasn’t been done is Australia, so it’s all new tech.”

Janine Allis, one of Brown’s investors, stated on her blog that Brown is “smart, lovely and a gun.”

“Briella is extraordinary young lady who is going to be a great business woman,” Allis said.

For other entrepreneurs, Brown has one piece of advice.

“If I didn’t pursue this like I did I would have really regretted it.”

“Just throw yourself in there and see what happens.”