Australian founders raise $2.1 million for their startup Proxy as it officially launches 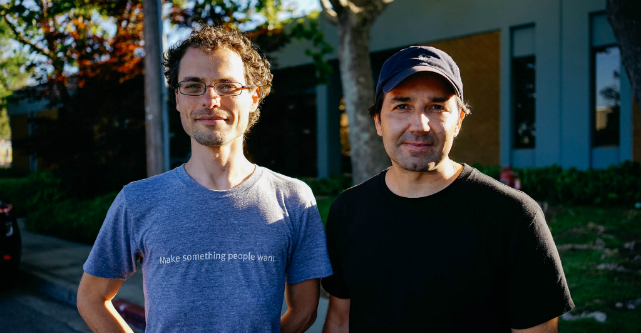 Two Aussie entrepreneurs in Silicon Valley have raised $2.1 million ($US1.6 million) for their startup Proxy as it officially launches its first Internet of Things-focused product.

Proxy offers a platform aiming to integrate all the various standalone apps for internet-connected devices and eliminate the need for logging in to these devices individually.

The company’s first offering is focused on office locks and reducing the need for swipe cards, with a planned expansion into the consumer and home markets.

The seed funding round was led by Australian VC firm Blackbird Ventures, which chipped in $US1 million, while Y Combinator also contributed funding.

Blackbird Ventures co-founder Rick Baker says it was the experienced founders and their long-term vision that convinced the firm to back them.

“It started with the co-founders – when they had an idea for a new business we caught up with them and were really excited about what they were doing,” Baker tells StartupSmart.

“It’s a super cool team with a really interesting, really big picture mission. We think it could be a really valuable large business in the long term.

“They’re hugely driven, very passionate founders that have really thought through the problem and immersed themselves in it. They’re really just the kind of people that know how to build a business.”

Ratner previously served as the CTO of Imporia after earlier selling his startup Omnisio to Google.

Proxy’s technology works through a Bluetooth signal emitted from a smartphone that can be picked up by IoT devices as a user approaches it, using the Proxy app to quickly identify them and then give them instant control.

Baker points to the ease of Uber payments of the smart bands used at Disney Land in Orlanda to how seamless these connections can be.

“They’re really on a mission to create these delightful experiences where humans interact with machines or other humans through machines,” he says.

“These are experiences where you don’t need to take your phone out of your pocket, it just happens automatically.

“Proxy’s long-term mission is to create a platform to allow all businesses to build applications that integrate with the Internet of Things and allow people to create these beautiful experiences.”

With the Internet of Things set to become a booming market, he says Proxy’s offering could be the key that brings it all together.

“The Internet of Things at the moment is very fragmented,” Baker says.

“Devices are supposed to help us and give us great experiences but we have to pull out our phone and there are still separate apps for everything.”

He says that Blackbird sets aside about 80% of its funds for SaaS, marketplace and IoT startups, with the rest going towards moonshots, and Proxy falls right in the centre.

“We want to be a doing a bunch of investments that have really, really big ambition, and we’re seeing more of these coming out of Australia,” Baker says.