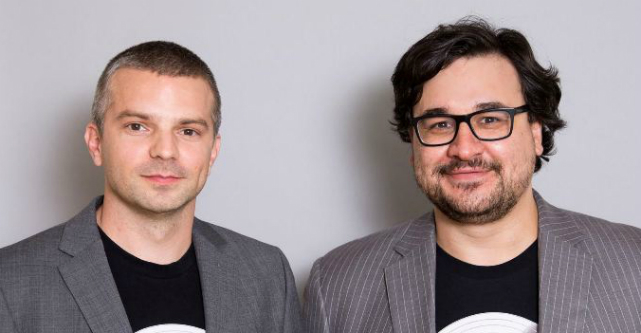 UpGuard’s software offering identifies weaknesses in a company’s tech system and provides a ranking on its overall safety.

Called Scriptrock at the time, the startup is a graduate of the 2012 Startmate accelerator program, and the team is now based in San Francisco.

Square Peg Capital first backed UpGuard in 2012 with seed funding, and the latest cash injection marks the first time the VC firm has ever backed a startup across four separate funding rounds.

“We got involved with them four years ago and we have a very, very strong conviction around the team and the problem they’re solving,” Bassat tells StartupSmart.

“They’re absolutely exceptional entrepreneurs. They’re incredibly focused, humble and smart guys and to see them making the progress they are is incredibly rewarding.”

The funding will be used to rapidly grow the UpGuard team, with an aim to double its size to 120 employees by early next year.

UpGuard now has over 2000 clients form around the world, and the added capital will also be used to further build out the software platform and to focus on sales and marketing as the startup looks to dominate the huge cyber security market.

With the recent Census debacle serving as a prime example, Bassat says cyber security is becoming an increasingly important facet of every business, presenting a big opportunity to UpGuard.

“The market opportunity is very large,” he says.

“Every CEO, every CIO, every head of security, every head of audit committee is really focused on security as a major issue. We’ve seen examples over and over again of government and companies being hacked and we know that issues with configuration are far and away the single largest cause of security breaches.

“The ability for companies to have much better visibility of their network and their configuration is incredibly important.”

Bassat says that a key part of the Australian co-founders’ success is persistence and a focus on what matters.

“The starting point is always having a product that meets a really, really important market need,” he says.

“They decided to really heavily invest in an outstanding product instead of focusing their energies and efforts on selling an average product.

“They invested in a really relentless way in building a superb product.”

BlueChilli’s startup evangelist Alan Jones mentored the UpGuard co-founders during their time at StartMate and is also an early-stage investor in the company, and says the pair hold many of the values that make successful entrepreneurs.

“They exhibited many of the key features of my successful founder’s criteria,” Jones tells StartupSmart.

“They had been close friends and co-workers for years prior to forming their startup, they were able to clearly express the problem they were solving and show that they understood their customer and they weren’t afraid of hustling for sales.

“That said, in many respects they’re the most atypical enterprise software executives you’re ever likely to meet – informal, very direct and often hilariously deadpan sarcastic.”

Jones says the founders’ confidence in their own product is also crucial.

“The one thing that sets UpGuard’s founders apart is sheer unabashed hustle: the ability to go out and sell what you have right now,” he says.

“I see so many founders come back from customer meetings with a wishlist of features they’re convinced are all it will take for the customer to buy.

“A great founder listens to their customer’s wishes, but persuades them to buy what you can sell them today. Because revenue solves every problem.”