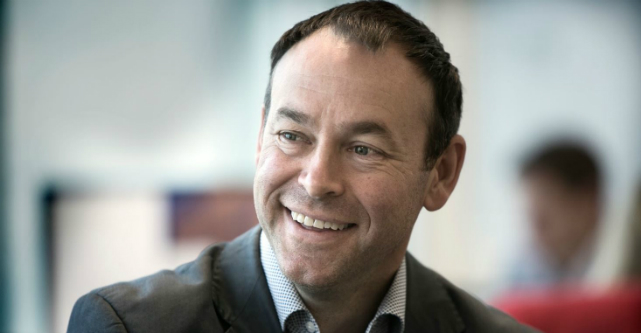 The funding round was led by the Global Health Investment Fund (GHIF), with the joint venture between the Gates Foundation and JP Morgan taking an 8.4% stake in the Australian company.

The GHIF is a $US108 million social impact investment fund that supports the development of drugs, vaccines and diagnostics for diseases that specifically impact low-income populations.

Bringing Gates on board

The investment follows a $7.8 million loan the GHIF provided the startup earlier this year, and Atomo CEO John Kelly says having the prominent group on board is a huge vote of confidence in the young biotech company.

“It took all of last year to get the loan agreed and this is a follow-on from that,” Kelly tells StartupSmart.

“GHIF was happy to put in equity but wanted to be part of larger funding round, so it was about getting additional shareholders to the table.

“The fact that they wanted to come on, to take a board seat and actively participate in the growth of the business is very exciting.”

As part of the funding round, GHIF managing partner Curt LaBelle will be joining the Atomo board.

“Our fund is pleased to provide additional support to Atomo Diagnostics through this equity investment,” LaBelle says.

“These solutions reduce error rates and improve care and have significant commercial potential in both the developing world and in developed healthcare markets.”

It marks GHIF’s sixth investment and the second Australian biotech firm that the fund has backed.

Kelly says this is proof that the local health tech sector is thriving.

“Australia is starting to really get recognised for its medtech and biotech research. The more companies that can transit research into a successful business the better. Australia can become a big player in this space.”

Atomo is commercialising a range of easy-to-use rapid diagnostic devices globally, and Kelly says it’s all about making things as simple as possible for users.

“A lot of the rapid tests around the world are delivered to users like a chemistry test,” he says.

“It’s very difficult to do it well and there’s no real thought into usability. We took the chemistry diagnostics and packaged and repurposed them into a custom device design to allow the user to do the test.

“We consumerised a lab product and made it a consumer product. There are a lot of things you can test on the platform and now it’s about working on how to take the opportunities and what to prioritise.”

A focus on growth

The capital injection will be used to scale Atomo’s business operations and manufacturing, with a focus on rolling out HIV testing diagnostics in Africa.

With a base in Sydney, the funding will also be used for an expansion into the UK.

Kelly says the startup began generating revenue in 2014 and has since grown by 3-5 times each year.

“If we keep that trajectory going forward we’ll be doing pretty well,” he says.

“We’re not in an industry where we can develop an app and by lunchtime have 8 million users.

“Clinical acceptance takes time and maybe to grow like that isn’t as impressive for an IT startup but for a medtech it’s a fairly material gradient.”

For other entrepreneurs, Kelly says it’s crucial to not be disheartened by negative feedback and to follow your own gut.

Four years ago, the Sydney founder approached a prominent member of the Australian startup community.

“I went to one of Australia’s leading entrepreneurs four years ago with a really good idea, a proof of concept and was looking to raise $2 million,” Kelly says.

“The experts don’t necessarily know any more than you do. Some people would have come away from that meeting thinking that maybe it’s a waste of time.

Kelly says that it’s crucial for entrepreneurs to take all feedback with a healthy dose of scepticism.

“If you get some bad feedback that doesn’t necessarily mean that what they said has any merit,” he says.

“These things require time and effort and a lot of dedication, so you can’t get disheartened.”